Those Swiss that pay you to play 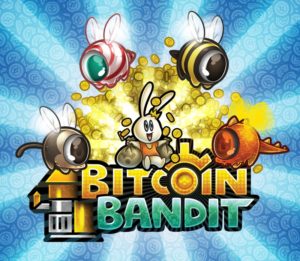 Launched this evening, a free smartphone app remunerates financially all the entrants. The best will even access to bonuses.

“Mario”,”Sonic”, “Temple Run”, dozens of games ask us to run everywhere to catch golden coins by hundreds. But it never paid us one cent. A paradox to which BitcoinBandit – available on the Google Play Store – hopes to put an end. Developed by three Swiss, that free game showcases a rabbit that has to collect a maximum of coins and avoid enemies and falls. Except that in the end, your magot will be transformed in hard cash. In Bitcoins, the first numerical cryptocurrency, to be exact.

“That way, people don’t just lose their time. They can earn money by playing” highlights Guillaume Pedrazzini, one of the three founders. But him and his two associates Sami Perrin and Christian Nogareda won’t work at a loss. “In fact, we use 50% of our advertising income to remunerate the gamers. We want to be as fair as possible with them and create a community around that system”, he explains.

If all the participants will gain something, the least gifted will leave only with a few cents or dollars. “For the ten best of the ranking, there will be a bonus system with more substantial gains”, explains Guillaume Pedrazzini. A few dozens dollars to start with, maybe more if the method is successful.