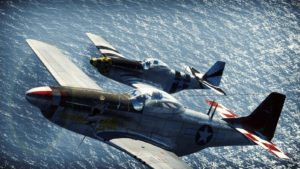 The game is like an interesting World War II movie, in which five different nations are battling with one another. The instruments used are not that of ordinary guns, but tanks and air jets. When you pay the game, you will get the same feeling of fascism and nationalist socialism that people faced in the days of World War II. Despite the complexity of its plot and uniqueness, the game is very easy to play. You can download the game for free. There are some in-game purchases using which you can buy different items in the game. How much in-game currency you have depends on how much you play, so it depends on you how much you want to earn.

There are two combat zones in the game, and you can choose one of these two. One is sky fighting, and the other is fighting with the help of tanks. If you love to fight in the air, you can choose fighting jets and play with the support of those jets. On the other hand, if you love tanks or bombing, you can play on the battlefield directly and destroy the enemy tanks. What makes the game more interesting is that you can make the group of as large as 32 players. Once you make the team, you have the same goal, and that is – destroy the enemy.

There are two main modes of the game: one is arcade, and the other one is realistic. If you are looking for an easy way to play the game, then use the arcade mode – the war starts in the mid fight, and you don’t have to worry about the ammunition because you have unlimited. On the other hand, if you play in the realistic mode, the game becomes tough because of the realistic situations that you are supposed to handle. For instance, you also need to take off and land the plane when necessary. To get shirts for this game, checkout Forward.

The inspiring music of the game grabs you the moment you start the game. You will find different choral odes, and trumpets being played during the game, and your feeling will be that of watching the movie instead of playing the game. As you will play the game, you will discover new maps, new vehicles, new weapons, and most importantly, new modes of play like Navy.