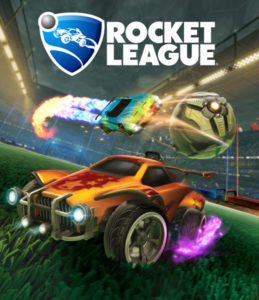 Well, we will start with driving. Driving is indeed an enjoyable experience as you can control the cars with lot of ease. How do you accumulate boost? All that you have got to do is to drive over markers on the arena floor. We have to tell you that it’s such a feeling to get that boost when you are on the pitch. As far as matches are concerned, they take place in enclosed and smooth spaces. As a result, you can drive across ceilings and up walls. Cars are also capable of dodging and jumping. You can these two actions for both defense as well as offense. You can apply boost to jumps and that is something we really enjoyed. Without any doubt, we can tell you that it was a pleasing experience.

Speaking of the ball, it has a beefy, fat bounce. It gives a perfect contrast to the light feel of the cars. You might be wondering why we are spending so much on cars and balls. Well, these two are the dominant factors on the field. As we have already mentioned, both feel great. Another great thing about the whole experience was the intuitive & crisp camera. The camera gives a perfect view of the ball at all times, making it easy for you to focus on it while doing other antics. And you can switch to the standard camera. This view is needed to smash into other vehicles and defend your goal. You don’t have any weapons in this game. But certain markers are so powerful that you can eliminate few other players. However, it’s not a deadly elimination. You can come back to the game after a short break. You will keep scoring goals as you keep driving. But yes, you have to be always careful about the deviation in the form of destruction. We have played several games and realized that it was not that bad on that front.

If you want to gain points, then there are several ways to do it. As mentioned earlier, destroying other vehicles will definitely earn you points. The game awards the skills for sure. By giving a point value to all those actions, they have made it clear that it’s not just about scoring goals. In our experience, the most valuable players were not greedy of goals. They gave equal importance to points as well. But the newbies definitely go after the goals. All thanks to the point system, the players are always on the move. And there is a sense of team spirit, without which you cannot survive.

But that doesn’t apply when you are fighting with a single opponent. In case the game becomes so intense, you can form the teams of four. It is highly recommended.

If you don’t want to play it online, then you can be part of the exhibition matches. And you can play with the difficulty and length for a more comfortable play. But as you can imagine, it doesn’t offer much depth. Last but not least, if you are looking for discount, then you should go for the G2A discount from Game Bargain.