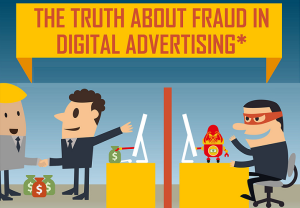 Advertising Fraud activities has increased massively in every industry, involving organized crime, Russian millionaires, ex-bank robbers and one-sixth of the computers in the U.S. Can you believe $6 billion is being stolen from advertisers!  Major source of these Frauds is user traffic on websites classified as copyright infringement. The ad impressions from this traffic are ‘laundered’ through a complex series of redirects that make the ads appear as though they originated on legitimate sites containing advertiser-friendly content. Additionally the fraudulent ads use code hiding the ad creative from being displayed in the user’s browser; as a result advertisers pay for impressions that are never seen.

Fraud on a Massive Scale

Data scientists analyzed over 1,000 advertiser campaigns delivering more than 10 billion impressions on 3 million plus websites in a recent 30-day period to reveal the following results:

For these reasons, online ad Fraud damages the very credibility of the ecosystem in which we all are participants and beneficiaries.

Combating Fraud isn’t a problem to be solved exclusively by the buyers or by the sell side alone. Instead, all parties: buyers, sellers, intermediaries, measurement and verification companies have a responsibility to fight Fraud so that we can construct a safe industry that benefits all of its participants. 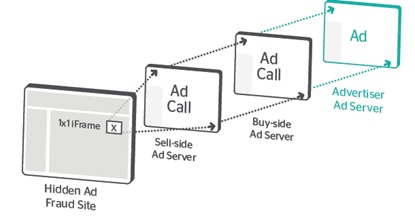 Few examples that will highlight the alarming effect of online Fraud in various Industry:

Pmi5 Media is at beta testing stage for protecting their valued customers from this Fraud activity. PMI5’s Fraud Detection Lab is working on a new technology to reveal and protect against this impression laundering Fraud. We are working with advertisers to reduce fraud so that advertisers can get what they are paying for.