Teeny Drones – Not so Teeny 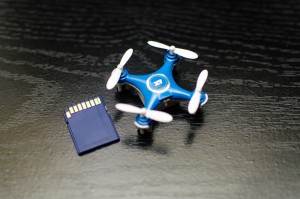 After two years of intense testing, Teeny Drones is now taking the toy and quad-copter market by storm. Boasting a speedy, durable, and lightweight quad copter, this Canadian company is oozing out confidence and gaining the respect of drone enthusiasts both old and young.

Teeny drones are mini quad-copters weighing close to nothing, at 13.7 grams. Size really doesn’t matter when it comes to these drones at least. Teeny Drones have an incredible ability to fly outdoors, even in high winds they can go up to 80 feet in the air. Practically indestructible and incredibly fun to master, Teeny Drones prove to be a great investment for anyone interested in drones. 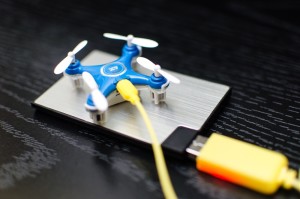 “Drones are becoming such an integral part of the future” Murray Rosenbaum was quoted stating in his article for the Huffington Post, back in January if this year. Teeny Drones saw the future, and have been building towards it. “The consumer market can now be assured that an affordable, durable, toy drone which realistically represents what it is like to fly a bigger model is now available.” says Jason Mainella, founder of Teeny Drones.

The webpage for Teeny Drones has a detailed a description of what you can expect from their toy drone. Including some kick ass photos to show you what Teeny Drones look like in action. The best part of the webpage is your ability to purchase directly online, instead of having to look for Teeny Drones in stores. Without a doubt, like toy helicopters, Teeny Drones will revolutionize the toy industry, and lives for many years to come.

Teeny Drones can be purchased at www.teenydrones.com.

Teeny drones is a Canadian company determined to be the leaders of nano drone production in the world. Working for over 2 years to advance technology and release a product of extremely high quality, teeny drones is now ready to take the market by storm. Ready to introduce the world to drones and the fun of droning, this company is putting themselves forward as the trailblazers of the industry.

Find out more about Teeny Drones at www.teenydrones.com.