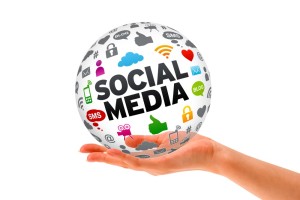 Twitter is a renowned name among the social media platforms and is considered as the best platform by the businesses to remain in news. It is also widely used as a platform for brand promotion. But not all the brands get it right.

According to latest study the two top brands star bucks and Nike have been failing to corporate with the very famous social networking site named twitter about tweeting. The data analysis has been done by Harvard business review that amongst the top fifty companies which are seen to handle their Twitter accounts in a good way are dish networks, Kraft foods, American airlines, facebook, bank of America, whole foods, McDonald’s, Amazon.com, Intel, FedEx, Microsoft Wal-Mart, and Lowes.

Starbucks is ranked amongst the worst fifty companies which are American express, Nike Johnson& Johnson, allergen, Burberry, Hewlett-Packard and united health group. These companies have shown that they are not able to handle the twitter in a good way.

The HBR reportedly stated that “social media is not merely a place for people to chat with each other and for brands to talk to their customers.” It continued as “for a new generation of customers who get their news and form their views about the world primarily on social media, it is an essential providing ground.”

Empathy is said to be an essential component for the corporate tweeting. In the view of Harvard business review the empathy mainly consists of three important components. The three components are emotionally connected, authenticity and the reassurance. It is said that the empathy may go beyond just solving someone’s problem. The empathy also involves that the customer should feel valued. But, one thing which comes in mind is that how can the companies like Nike and star bucks get ranked under the worst companies for handling twitter? What are the reasons behind it?

The one and the main reason behind their low performance may be that the inquiries which are made at twitter account of star bucks by the number of people are responded usually with the help of presumed bot that just provides the customers their email address which customers may not find so helpful for them. To improve the performance of handling the twitter accounts, these companies should spruce up or change their social media strategies, which the report also concluded.

There are some of the important dos and don’ts for twitter users. First is that tweeting and retweeting might result in spamming. Secondly, if you tend to have a single account on Twitter for both personal and official use, then you must check all the ps and qs. Thirdly, you must see what are you tweeting and what kind of language you are using.

These simple tips can help the brand in creating a good image in front of the customers. For more info regarding Social Media News go to http://www.hightechwebnews.com/social-media/.