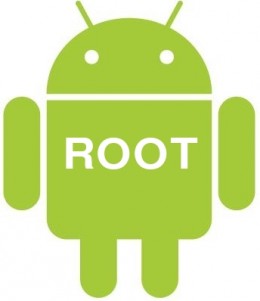 Android smartphones have become extremely popular, but some manufacturers as well as telephone carriers have tweaked the Android operating system to their advantage. This limits the user from using the device to its full potential. However, by rooting the phone, a person can take full control.

After an Android phone is rooted, the user can install some root only apps that help to improve the functioning of the phone. 5 useful apps for a rooted Android phone have been highlighted below:

SuperSU
Once an Android smartphone is rooted, the person should ensure that malicious programs do not make their way into the phone and gain administrator level access. This can be avoided by installing SuperSU that will guard the phone against such programs. Once the SuperSU is installed, each time one of the apps on the phone asks for root level access, a pop-up will appear. The user can allow or deny the access. This particular app helps to make the Android a safer phone.

SSH Tunnel
Today, Wi-Fi access is extremely common, but most Wi-Fi hotspots are not private. Hence, if a user tries to connect using these available hotspots, it could pose a danger, as the user’s personal information could be as risk. By installing the SSH Tunnel, the user can make accessing Wi-Fi hotspots a much safer operation. This app helps to create a virtual tunnel through which the user can send and receive data. Hence, it ensures that the data is kept safe from hackers and prying eyes.

CacheMate for Root Users
Just like a personal computer and laptop, even an Android phone creates and stores a lot of temporary files. If these files accumulate on the phone, it will slow down its performance. This can be resolved by installing CacheMate for Root Users. This app deletes temporary files from the phone. As a result, the phone has more storage space, which causes it to perform better and faster.

Adfree
Smartphone users know that ads can be a major issue. They can take up unnecessary space and clutter the display. And, some ads can be a nuisance. However, by installing Adfree, rooted Android phone users can get rid of ads completely. Not only does the app eliminate browser-based ads, it also gets rids rid of ads that are present in other apps. The app’s database is constantly updated to ensure that users do not have to deal with irritating ads at any level.

Guest Author Karen is a tech writer that loves to cover the latest development in the tech industry. You can have a look at her site here if you want to learn more on her.