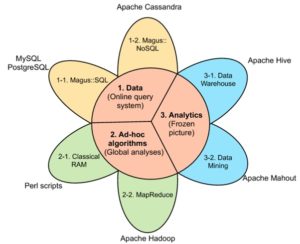 Whether you are a developer, administrator or in Central IT you will find Cassandra a valuable tool.

A free and open-source database management system that is designed to handle large amounts of data. It’s high on performance and in fact University of Toronto researched concluded that it was the clear winner in their study of NoSQL systems. It was initially developed by Avinash Laksham (one of Amazon’s Dynamo authors), and Prashant Malik, at Facebook to power the inbox search feature. Originally it was released in July of 2008 as on open source project on Google code, but just six months later it became an Apache Incubator project. By 2010 it had become a top level project.

The best part is that you can receive training to ensure that you know how to operate the system correctly. Named after the mythological prophet Cassandra, it has many benefits mainly it is fault tolerant- when a node fails the data automatically replicates to multiple nodes and there is no downtime. As it has been designed as a distributed system it deploys a large number of nodes across multiple data centres. It’s also specifically tailored for multiple data centre deployment. Every node has the same role, so there is no single point of failure- each node can service any request, as there is no master.

Cassandra Training will take you through the how to use it, and while you don’t need to know Java or NoSQL, you should have a basic understanding of programming language, as well as relational database management systems.

You will learn at your own pace and gain a solid understanding of the fundamental concepts to allow you to use Apache Cassandra to its full capabilities.

With the training you will receive an overview of the fundamentals of big data and NoSQL databases, you’ll get to know Cassandra and all of its features, architecture and data model of Cassandra, as well as installation, configuration and monitoring of Cassandra. Training also covers the ecosystem of products around Cassandra.

You will get tutorials, self-paced courses and demos, too, which will give you an even better understanding of the key concepts of Cassandra.

From fundamental concepts to challenging and practical hands on exercises, there is plenty to complete in Cassandra training.

So, there’s no need to wonder and miss out on Cassandra, when training is available for free in various forms you really have no excuse. A brief introduction only takes 30 minutes to get you started, and if that isn’t enough for you there are plenty of 2 hour courses available, too. TekSlate training is designed for people who want to learn as much or as little as possible to get going with Cassandra.