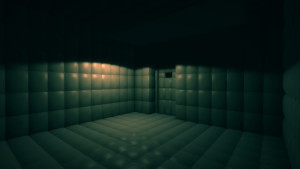 Have you ever played a computer game set in a mental institution? Do you remember what the institution looked like? It’s likely to have been grimy, spattered with blood, and have every piece of furniture in it toppled over. The patients in these games are usually presented as either brutal killers, or speaking nonsensical babble. This simply isn’t an accurate representation of mental illness. A new simulation in the works entitled Becoming seeks to provide a far more realistic view of what it’s like to be in a psyche ward. It’s being created by former mental patient Isaac Benjamin, and promises to give an insight into the group therapy sessions that are attended in these institutions, the thought processes of the central character, and the events that led to his illness.

This game will be a truly immersive experience, rooted in realism but driven by a compelling, believable plot. It will depict the dreams and memories of a patient, allowing players to interact with the other inhabitants of the ward and participate in therapeutic activities. Professional voice actors will play the roles of different characters, and there will be a strong emphasis upon storytelling. Isaac hopes to generate the funds to make it a reality via the crowdfunding platform Kickstarter. Becoming marks a new chapter in computer games in which the mentally ill are viewed as multifaceted human beings as opposed to incoherent idiots or homicidal zombies. It has the potential to alter stereotypes about mental institutions, whilst at the same time allowing for a truly enjoyable, thought-provoking gaming experience. Check it out at https://www.kickstarter.com/projects/86849194/becoming-a-metaphysical-game-about-mental-illness