Share
Tweet
You are here: Home › Mobile › Want to make a mobile app without any programming skills? PoqAd can help

Want to make a mobile app without any programming skills? PoqAd can help 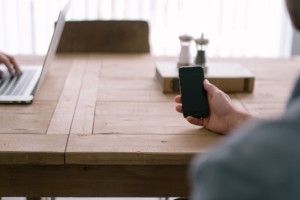 PoqAd, a company based in Wroclaw, Poland, has just launched a tool aimed at small and medium-sized businesses that want to build a mobile app for their clients. The PoqAd project is one of the first systems available on the Polish market that uses a subscription model.

According to the latest statistics, nearly half of Poles have and actively use smartphones. The increase in popularity of this type of equipment has forced companies to change their online communication. Creating mobile websites and responsive web pages is already a standard. While looking for new forms of communication with customers, more and more often companies are choosing to create a dedicated mobile application. Unfortunately, it is an investment that requires a considerable amount of money, which SMEs are usually not able to afford.

PoqAd is a response to such needs – a service that allows the creation of a mobile app without any programming knowledge, just by using intuitive forms. Building an application involves merging separate modules – functions that allow you to prepare the desired app according to your wishes. Among the available features you can find elements of a classical website – contact, map, address information, as well as more advanced functions – QR code reader, augmented reality or a loyalty program in its mobile version.

“Our tool is aimed primarily at small and medium-sized businesses that want to expand their communication on mobile but are not able to bear the costs of creating a custom-made mobile application. The costs of creating an app with PoqAd are much lower than building it from scratch, therefore even restaurants or small hotels can afford it,” explains Hubert Wochynski, CEO at PoqAd.

The creators of the service have prepared three pricing plans for its users: Standard, which enables the simultaneous creation of applications for two operating systems; Android and iOS; Premium, which enables the simultaneous creation of apps for three operating systems: Android, iOS and Windows Phone, and a White Label plan that enables creating mobile apps under one’s own branding, without the PoqAd watermark.

The PoqAd Wizard has been designed to allow you to create applications all on your own, without any programming skills. However, the company can also develop an app on request using the available modules, providing a project that’s ready to release.