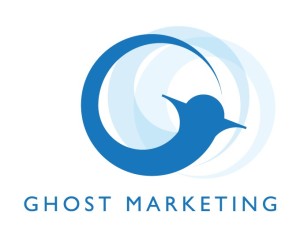 Amidst some heated debates regarding whether social media has “killed” ordinary search as a traffic driver, Twitter announced that SEO has helped it generate a 10-times increase in logged-out visitors to its website.

The news came during the Twitter Analyst Day event, where Twitter’s director of project management Trevor O’Brien said the company implemented a change to ensure that search engines such as Google and Bing could better access 50,000 popular hashtag pages – areas where Twitter has compiled tweets and information relating to a particular hashtag.

The announcement has also sparked conversations among global and local SEO marketing entities such as UK-based Ghost Marketing, a company with a formidable presence in the Search Optimisation world.

According to Twitter, making this change increased the number of logged-out users landing on its site by 10-fold, apparently raising the number from 7.5 million per month to the current 75 million per month. Further, logged-out users have found that the main call-to-action on these pages encourages them to sign up for Twitter, though the social media behemoth is exploring other ideas on how to make money off these pages.

It is with a keen sense of irony that Twitter reports it once boasted huge amounts of Google traffic coming its way through a deal it struck with the search engine giant; as Twitter ramped up its SEO efforts to attract more traffic from search engines, it ironically gave up a direct feed it once had into Google. Based on feedback from executives such as Twitter’s CFO Anthony Noto, the social media company always planned to do more to generate Search Engine Optimisation traffic free from Google and other search engine platforms.

But according to SEO marketers such as Ghost Marketing’s Tom Buckland, all this raises issues; back in October 2009,Twitter signed a deal with Google to provide it with what’s known as the Twitter Firehose, of which Buckland replies,”This gave Google access to each and every tweet produced on the service in real-time, and without firehose access Google simply couldn’t capture all the tweets without putting such a burden on Twitter’s services as to perhaps collapse the service.”

Ultimately, it is believed, if Twitter wants more Google traffic, restoring firehose access would be the way to go. But while Google once paid for this, after years of operating successfully without it, many industry experts feel as though it is something Twitter should just provide free of charge – notably if Twitter is deeming free traffic from Google to be more valuable. 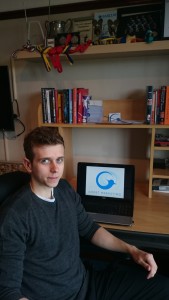 The brainchild of 21-year-old entrepreneur Tom Buckland, Ghost Marketing is a UK-based SEO consultancy/freelance consultant agency providing high-quality Search Engine Optimisation services to local and national businesses without the “fluff” normally associated with this industry. Buckland acts as a freelance-based SEO consultant focused on the promotion of businesses primarily in the United Kingdom, while also pouring his time and resources into other London-based agencies he is involved with.

Ghost Marketing is headquartered at 132 Ely Road, Llandaff, Cardiff, CF5 2DA and can be reached by calling 07766 783396 or emailing [email protected].  For more information visit www.GhostMarketing.co.uk, www.SEOOasis.co.uk and www. http://seooasis.co.uk/tom-buckland/.