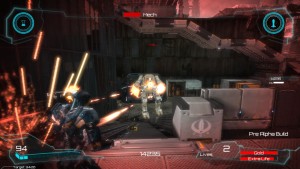 The Manchester indie gaming studio Pixelbomb Games is looking forward to the future after smashing the 9,000 demo download just after announcing having made it to 8,800 downloads of their demo of debut title, Beyond Flesh and Blood.

Now, 9,000 might not sound like a lot, but for a demo in an age where no demos aren’t downloaded anymore in favour of closed Beta and free QA opportunities, essentially, it’s quite an astonishing figure.

For the uninitiated, Beyond Flesh and Blood is an indie third person shooter with massive mechs, a backstory that relates to a tree of life where the humans in the 22nd century has to escape, and it is set in the UK so it conceives of a science-fiction tale with a UK twist.

Congratulations Pixelbomb Games – here’s to more from you!