Share
Tweet
You are here: Home › Mobile › How to Use the App Feedback to increase your App

How to Use the App Feedback to increase your App 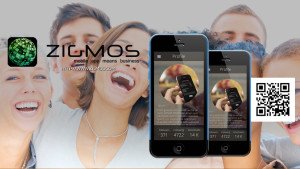 Customer reviews on the App Store are good for business. It’s not just that good reviews can improve your app’s ranking. Reviews have also helped me build a better app.

But with all the fake reviews and haters out there, it’s sometimes hard to see the wood from the trees. The trick is to know exactly which reviews to pay attention to — and the secret is all in your stars.

Whether you’re a Hollywood celeb, a best-selling author or a Cordon Bleu chef, there comes a time when your ego gets too big or too fragile to trouble yourself with the opinions of your critics.

Indie app developers, however, are rarely this laid-back. We have huge egos, but without the bank balance to match. Reviews can make or break an app, so we watch them like a hawk. Apple provides developers with reviews in a handy RSS feed so we can do just that. And every time I get a new one, a klaxon goes off in my mind. I stop whatever I’m doing and read.

This obsession with reviews is mostly because of their influence on App Store search results. The more good reviews you have, the higher your ranking. And higher ranking means more sales.

But there is another, more visceral, reason why reviews are so compelling. We put our hearts and souls into our apps, so we’re always keen to know what people are saying about them. We want to make them better.

Android developers can reply publicly to reviews on Google Play. But Apple doesn’t allow iOS developers to reply on the App Store. This can be very frustrating — especially when you want to correct an inaccurate statement.

But aside from these exceptional measures, the only way Apple allows to respond to our critics is by updating our app. And perhaps this is for the best.

To improve your app and fine tune it to become the best app it can be, it is important to be mindful of the feedback you get from your active app users. Although you have tested your app before releasing, app users may encounter specific difficulties which you may not have foreseen.

Factors such as the kind of phone they are using, the operating system, software versions, as well as the internet connection they have (for apps which require online connection), all contribute to the user experience that the app users have. Because of these unforeseen possibilities, taking note of the users’ feedback to improve your app can make it the best that it can be.

Probably the top benefit you can gain from using user feedback to improve the app is to find all the loopholes or negative elements which the users do not like about the app. These are often in the form of bugs which tend to make the user experience far from satisfactory. App bugs slow the app down, and at times, can also slow the overall performance of the phone. Often, faulty apps tend to have that few minutes of being unresponsive and this is definitely something that app developers should avoid.

Knowing what ticks users off and what clicks is essential if you want to improve your app. The best way to learn about these things would be to listen to what your users say and take their feedback seriously. By improving your app, you will be recognized as a good app provider who listens to the needs of their target users—a great plus for your app building reputation!