Having trouble? Is it that Internet Explorer has stopped working all of the sudden? Unfortunately, this is all too common of a problem. Some people say there’s really only one use for Internet Explorer: to download another browser. While Microsoft may not be attempting genocide, they certainly have taken a few pages from Mein Kampf. Here are 3 reasons why Internet Explorer is like Hitler: 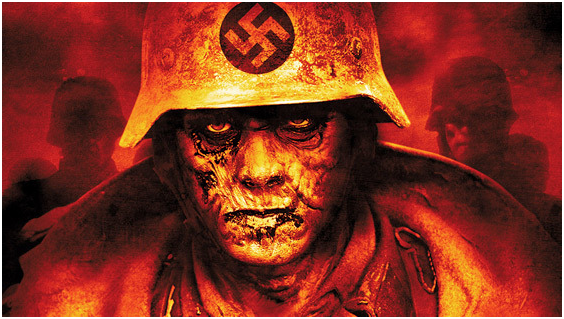 You Can’t Get Rid of It

Once you’ve voted Internet Explorer into office, it’s impossible to uninstall. The browser is an integrated part of Windows, destabilizing the operating system if removed. You can turn it off, or set another browser as the default, but once it’s there, it’s there forever.

Like many dictators, Hitler gained his office through legitimate channels. He was appointed chancellor by elected politicians, with the support of the people. But once he got there, he wasn’t about to let go of power.

When you installed Windows, you appointed Internet Explorer as your browser. It had your support. But now that it’s there, it’s not about to disappear. The only way to fully get rid of Internet Explorer is to remove Windows — stage your own technological coup.

While Internet Explorer has adopted some modern features, such as tabbed browsing, it still doesn’t have the kind of support for extensions seen in Chrome and Firefox. It’s extremely difficult to customize Internet Explorer; what you download is what you get. For many people, their browser extensions are a major part of their internet experience. Whether it’s the ability to block ads or better tab management, these free add-ons make a big difference.

The Third Reich wasn’t so big on letting people have it their way, either. World War II Germany was built on the idea of a singular identity. Most Germans felt like they got the short end of the stick after World War I, and things like the Treaty of Versailles reinforced this. One of the reasons that Hitler gained power so easily was because he fed into this emotion.

Microsoft isn’t about to go round up undesirables and systematically eliminate them, but the fact that they act as if they know best is a tad worrying. Considering their browser already has more security problems, what is the concern with letting you have it your way? Many aspects of Windows take away from the autonomy of the user, keeping them from customizing their experience and forcing them to use features they may not desire.

It Started a Land War in Asia

Speaking of those security problems…

When Hitler overextended himself, taking the fight to Russia while still tied up in conflicts elsewhere, he created too many vulnerabilities. Internet Explorer is similar. Because it’s constantly dealing with problems everywhere, it’s almost impossible to take care of all of them at once. Internet Explorer is constantly getting patched, in order to try and take care of some of these vulnerabilities, but as soon as one is fixed, another is found.

So, if Internet Explorer has stopped working, scan for viruses. Even the most careful internet users come up with a virus from time to time, and if they’re using Internet Explorer, it’s an inevitability. These security breaches can range from minor to massive, leaving vast amounts of personal data exposed.

Even better, if Internet Explorer has stopped working, figure out the problem, then use it properly: download a new browser. There’s one key difference between Internet Explorer and Hitler; at least in Nazi Germany, the trains ran on time. In almost every professional test run, Internet Explorer showed the slowest load time.

You can’t uninstall it, but that doesn’t mean you have to use it.

For more insight. Go to http://www.puffingdev.com/