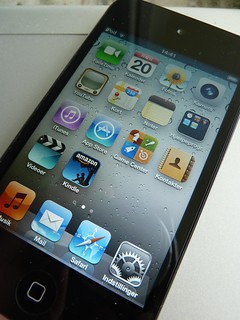 Not All Screens Are The Same

Choose only a few different screen resolutions to concentrate on at first. If you try and take care of all the various sizes available from the beginning, it will make the design work very intricate to complete. Consequently, you need to focus on the four following common screen resolutions: the widescreen monitor of a desktop computer, the screen of smaller desktops and notebooks, tablets, and mobile phones.

You shouldn’t just use zoom out or zoom in and call it a responsive website design. Content layout needs to be carefully considered and considered.

For example, a person using a smart phone does not have much screen space to work with. Just giving the ability to zoom out to see the overall page might be the 1st option to consider. On some display screens such as the Apple Retina this makes good sense, as the content is still decipherable, but will cut readability down for various other smart phone end-users on reduced resolution screens.

Therefore, rather than just zooming out your website, you should try limiting the amount of columns, making certain things bigger, and simply moving things around in order to make life a little easier for your mobile users.

Change the content rather than just shifting it. People using different platforms are probably going to have different needs.
For example, if a person is using their mobile to check out the web site of a restaurant, it’s quite possible, they’re interested in the address and the hours. Therefore, you should make this information very easy to find.
On the other hand, someone using a desktop computer to examine a restaurant’s website is probably coming to a decision whether they want to go to your restaurant. Hence, you should concentrate your content on convincing them to go eat at your restaurant.

Use fluid grids to make a “liquid layout” rather than a set width layout. Most website designers find fixed width layouts, which are conventional, much easier and more effortless to generate. However, the usage of fluid grids will be more practical in the years to come when it comes to responsive website design, since they’re carefully developed to consider proportion.

It is nigh on impossible to create a single website design which covers the thousands of differing devices and screen resolutions, ranging from desktops to mobile phones. Coding media queries for the responsive design is a way to satisfy them all.
Media queries allow web designers to make conditional stylesheets for a website design. Dependent on information from the user, a separate stylesheet will display. As an example, you may have two media queries, and one may be used when the device’s width is bigger than the width of the website, whilst the second may be used when the device’s width is smaller.