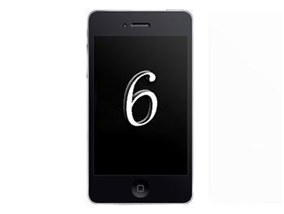 There has been a lot of speculation about whether or not Apple will release its much awaited iPhone 6 device in 2013 or 2014. As recently as last month, some sources were still claiming that the iPhone 6 will be released in September of this year because the orders from Apple to its Chinese partners are starting to ramp up. The problem, of course is that they are also slated to release their iPhone 5S device in September. The iPhone 5S device is a lower cost iPhone that is expected to be very popular and take up some more market share away from Android devices. The most recent news states that sources are confirming that Apple and one of its Taiwanese partners reached an agreement for that partner to start manufacturing a new type of chip for the iPhone 6 in 2014, which likely means that those who claim that the release date will be next year just got some more fuel for their fire.

According to almost all prognosticators now, the scenario that will occur is that the iPhone 5S will ship in September of this year. There will also be a host of new iPad model offerings for those interested in putting something new into their iPad folio case. If you don’t have an iPad folio case to put the latest iPad in, it is never a bad time to start looking for that as well. There is still a slight possibility that the iPhone 6 will ship late this year in small quantities as the production lines start to crank up, especially because Apple has diversified its manufacturer base this year, adding more Chinese firms to the mix so that they can prepare for even more demand- yet if you are starting to plan your Christmas gifts for loved ones, you might focus on getting an iPhone 5S this year. An iPad and an iPad folio case are also expected to be a very hot combination this fall as Apple may keep prices firm while they increase the amount of storage or the number of features that are available. So whether the iPhone 6 goes into production this year or next, it is going to be a Merry Christmas for Apple fans!