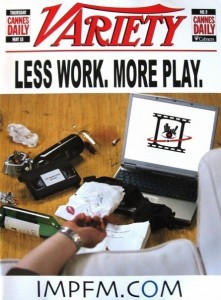 One of the most popular entertainment companies today is the Impact Future Media. This company specializes in improvement, integration, marketing, production and development of such governed properties in the entertainment industry. Impact future Media is founded by entertainment industry professional Francois Garcia along with  a team of veterans in Finance , film production and distribution along with strategic partners for the betterment of their company. Their mission is to bring innovative and creative ideas to the consumer and as well as to entertainment world.

Impact Future Media has their offices and branches in, Montreal and Los Angeles.

Recent company’s major announcement was the unveiling of their three major fresh entertainment assets which are; Running in The Background “The Official John McAfee Story ” Film, Documentary and Book , about one of the biggest manhunts in recent history while software tycoon escaped from Belize

“Flatrock” an animated series written and created by Ian Federov. It is a fresh and unique look of animation in television that talks about prison life.

Operation Journey , This is the true autobiography of a confidential informant and the dedicated law enforcement officers who helped him stay alive, in one of the deadliest business environments on earth.

If you want to know more about Impact Future Media, you can visit their website at www.IMPFM.com.