Is Ashton Kutcher behind Wibbalz? 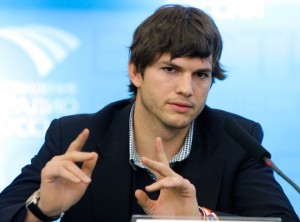 Could Wibbalz be Asthon’s answer for his epic fail with Twitter?

As we all know, it was once said that Asthon Kutcher claimed that he created Twitter.  Although we all know this not to be true, no one can take the fact that Asthon was the first person to attract 1 million followers on the popular social network site Twitter.  In the resent years Asthon’s relationship with the service has diminished in recent years, as was stated on theverge.com.  According to CNBC Kutcher said, “Twitter’s experience has changed for me, pretty drastically.”

With that being said, has the Famous Kutcher finally went out and created his own Social Network?  No one really knows.  All anyone knows is that there is this word or “Brand” of some type creating quite a buzz!  The question of the day is: “What is Wibbalz and who’s behind it?” Could this be the next wave in Social Media?  Or is it just a simple idea, product or name that means nothing?  Again, nobody knows WHAT Wibbalz is!  We have done our own research on the matter and we can’t find ANYTHING!  Nothing at all except for a few Youtube videos, blogs and other post asking the very same question, “What is Wibbalz?”  There has even been reports that fliers have been posted all over the country simply stating, “Wibbalz, Coming in October 2104.”  So the only thing anyone knows for sure is that we will all know more about Wibbalzlater this year.

Keep your eyes open for more about this Amazing new thing called Wibbalz.  What is it?  How will it affect you?  Who is behind it?  These are only a few questions surrounding the word: Wibbalz.  What can YOU find out about it?   If you want to discuss what you have found out about Wibbalz or you just want to see what others have found out, visit www.whatiswibbalz.com today to start your search for the meaning of Wibbalz.