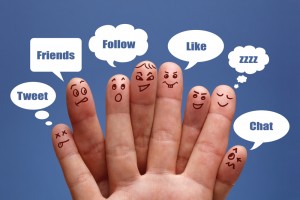 Are you among those who innocuously press the thumps up button on Facebook when you like a post? Well! It is time to give it a second thought. A recent research of the Cambridge University suggests that the Facebook likes can reveal a lot of traits about the individual like his political views, IQ level and sexual orientation.

Facebook first introduced the like option way back in April 2010 and since then it has gone viral, accounting to almost 3 billion likes each day. It is a parameter against which online campaigners measure the success of their promotions and it plays a vital role in the graph search application. We see every blog post almost screaming to the viewer to like it on Facebook. Log on to YouTube and you are sure to encounter requests such as – would you be so kind to like this on Facebook. Such is its reach and influence on the cyber space. It is almost habitual for us to like a post which captured our attention without any second thought. Well! Not anymore.

This study conducted on various individuals using their Facebook likes reveals that you could predict their personality traits using their likes. The accuracy rate is a whopping 80%. The researchers undertook study on 58,000 Facebook likes of American users and came out with the conclusion that they can assess many qualities of an individual like

These findings were recently published on the Monday (11-3-2013) edition of “Proceedings of the National Academy of Sciences”.

Statistics Revealed in the study

The overall accuracy of the study is 80% but when we break them into categories we get a lot of interesting snippets.

The researchers analysed various information provided by the users such as

Implications of the study

With the web space in particular social websites being the latest target for extensive promotion campaigns, these data predicted by the researchers are worth a fortune. Now all those marketing sharks can go for the kill knowing exactly which group to target for their product. They now have first hand information about the interests of a Facebook user and this will enable them to send personalised campaign to him.

On the other hand as a user, you have to be worried about your privacy being breached. Well there are always two sides to a coin but nevertheless it never ceases to astonish you what people could do using technology.

This guest post is brought to you by Nicole Wilson of cabletimenyc.com, a site that offers savings and current information on time warner cable New York. Click here to learn more about savings on your internet bills.