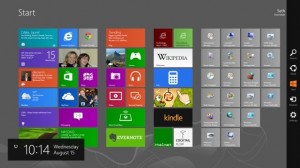 Microsoft has not officially unveiled the new OS for the Windows phone, but already there is consumer-talk about which features are missing and which apps are lacking.

The Release of Windows 8

On October 26th, Microsoft will be put to the test- Well, two tests actually. First they will have to prove that the upgrade to OS is a worthy one, and second that their apps beat out those of their competitors.
There have so far been reports of incomplete features and a lack of full integration with Windows 8, but why?

Mail is perhaps one of the most important features on a cell phone. Whether it be for business or personal use, many consumers rely on the Mail app to not only be fully-functioning, but also to be easily and comfortably operated.
A vast issue with Mail is that E-mail basics are not easily accessible. When composing an E-mail, simple things such as editing the subject line, saving a message as a draft, and changing the font color should be readily available- but they’re not. These important features are only visible after swiping your screen, making the composition of an E-mail somewhat tedious.

Not only does Windows 8’s mail app lack in structure and element, but it seems there are a few bugs to still be worked out. Mail doesn’t always indicate when a new E-mail has been received.

Sharing is Caring
Another feature that doesn’t seem to quite measure up is the “Share” feature. It seems that sharing E-mails, Calendar settings, and text messages is impossible on Windows 8. So if the most common, widely-used apps aren’t integrated with Share, which ones are? Or an even better question, what’s the point?

Wait, They Got Rid of That?
As consumers we tend to solely focus on the new- New apps, new versions, new features- but the elimination of such can be equally as critical.
Microsoft has removed many of the features that Windows users have come to know and love. It’s not a very long list, but I assure you, the things that are now gone will truly be missed.
The Start button and Start menu, the two things that have defined Windows since 1995, are absent in Windows 8. Taking place of our beloved Start menu will be Microsoft’s “Metro Start Screen”. And, bad news for those of you who hate Metro, because there is no way for users to get around this interface.

What Else is Missing?
Over the past few upgrades, there are things that consumers have spoken up about; things they want to see, things they want changed, etc. Although some of their prayers have been answered, there are still some that have gone ignored. For instance, there is still no word on a File Manger or Bluetooth sharing. Also, Multitasking was said to be improved but there is no word on that change in the Windows 8 upgrade either.

Microsoft is promising that Windows 8 is equipped with a bold new operating system, but will it please the masses? They have until October 26th to prove it to us.

This Guest article has been written by Kim Watson. You can click here to get more information on her.