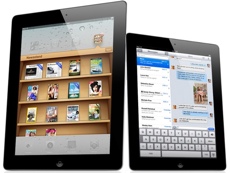 So we all heard about the new iPad 3 which is going to be launched on 7th March 2012 in San Francisco. But now there is another surprise a so called “One more thing”. Ahhh.. reminds me of my idol Steve jobs. I miss him so much.

This morning Digitimes made two separate reports that Apple plans on announcing an 8GB iPad 2 along with the iPad 3. Isn’t that cool. i hope the price will be affordable.

Digitimes is also reporting that Apple is set to begin production on a 7.85-inch iPad around the third quarter. This model is reportedly to be sold for $200-$250.

As with most early Apple reports, these claims are simply unverified rumors. Digitimes has the tendency of publishing a wide number of reports on Apple, seemingly hoping a few will come true.