Interactive Information Designer at Facebook, Lee Byron has updated his blog stating that the largest social network on the planet Facebook has launched a major update to its mobile website. Facebook has now launched a ‘Unified’ Mobile Website for Touch Screen phones and other smartphones. 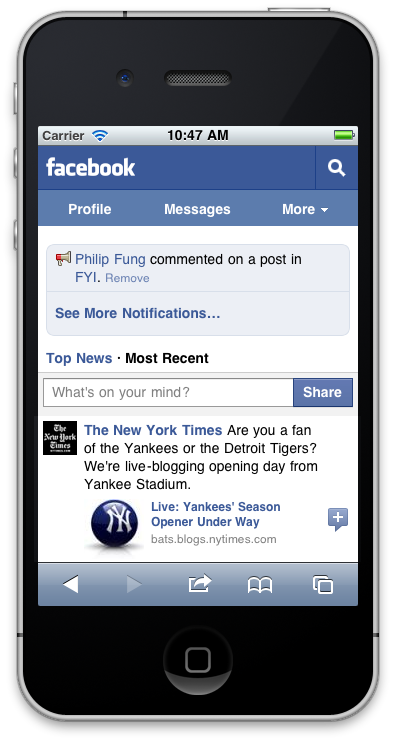 Earlier, Facebook had two separate websites: touch.facebook.com for Touch Screen Phones and m.facebook.com for other mobiles. But from today forward though, m.mobile.com will be the only mobile version of Facebook, writes Mashable’s Ben Parr.

“There will no longer be a difference between m.facebook.com and touch.facebook.com, we’ll automatically serve you the best version of the site for your device,”

The new website is made possible through a new UI framework that uses XHP (a PHP extension that incorporates XML), Javelin (Facebook’s lightweight Javascript framework) and WURFL (an open source mobile device database). The framework is dynamic enough to detect the UI and limitations of individual devices and adjust to them automatically.