Share
Tweet
You are here: Home › How-To Guides › How To Make Your Headphone Wireless In Home – Step By Step Guideline 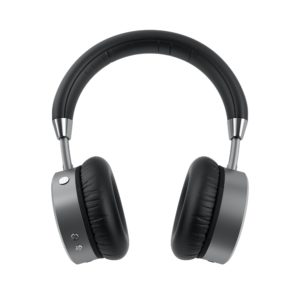 Besides the availability of the wireless headphones / stereo-phones/headsets in the market, old and weird headphones available at home can be made wireless by some expenditures and available tools at home just by understanding the simple technical details and circuits. They are very convenient to use and are ideal for watching movies, listening music without sitting near to a computer or a T.V. A wireless headphone does not require any wires or cables. They only have a transmitting unit known as the base unit. The audio device is connected to the base unit and the sound is transmitted from the base unit to the headphone with the help of radio waves or infrared rays. The transmitter emits the waves and the headphones receives it and converts it into sound which we in-turn hear in the form of sound. Both, the headphone and transmitter are battery operated.

Headphones initially originated from the earpiece and were the only way to listen to electrical audio signals before the amplifiers were developed. The main requirements for making a wireless headphone are described as follows.

Removal of insulation: Now remove the insulation from the back side of the headphone wire soldered on to the speaker with the help of a plier so as to make the inner wires visible.

Replacing the board: Place the prototyping board back into the Bluetooth case along with the battery and make one hole on each side of the case so as to take out the wire of the headphones from each side separately.

Connecting the device with the charger: Connect your Bluetooth device with a portable charger, for external charging. Connect it to your phones or music systems and enjoy movies and music.

ADVANTAGES AND DISADVANTAGES OF WIRELESS HEADPHONES

Long distance operations: such headphones eliminate the use of wires and cables.

Freedom of movement: one of the main advantage they provide is that the person carrying them can go from one place to the other freely as the signals can cross the walls and furniture’s.

Increases the quality of the audio: they provide high quality audio with an excellent bass and treble, as the sound travels through two channels and is distributed equally.

Reliable: they provide durability and reliability as the user does not have to worry about the wires and the codes being cut or broken down.

Speed: altering the controls on headset is considerably quicker than using the commands on the mobile phone. This is particularly useful while travelling if we suddenly need to pause the playback.

Range management: the user sometimes, has to face problems like breaking up of sound if he/she steps out of the range.

Battery quality and life: the battery can also cause a problem sometimes. Long term usage can make the battery dead creating irritation.

Confusing functions:  many of the headsets have many playback functions that enable the user to carry out multiple functions including shipping tracks, volume control, pausing the sound and replaying the tracks that are generally controlled by a single button on the Bluetooth device. This may sometimes leave the user confusing.

My cause deafness: using headphones at very high volumes can cause temporary or permanent hearing impairment as the headphone volume often has to compete with the background noise especially at the loud public places.

Headphones have multiple applications. They are used with stationary CD and DVD players, home theaters, PC’s, digital audio players, mp3 players, and mobile phones. Bluetooth/ Wi-Fi headphones /Cordless headphones receive radio or an infra-red transmission link like FM. These are used with events such as silent disco or silent gig.

Thus, normally available headphones at home or weird headphones can be reused and converted to wireless just by the use of simply available home equipments and a little bit of technical knowledge that saves extra expenditure and prevents anything from getting wasted.

Wanda Greaves is the co-founder of BatteryChargersExpert.com – a website that helps people to find, use and do anything with their batteries, chargers or related electricity devices. Check out their latest article about choosing the  Portable Jump Starter Reviews .