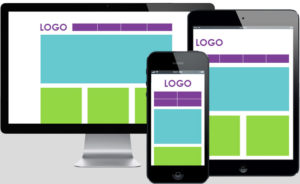 CSS or cascading style sheets are usually about styling HTML pages in a web browser. However CSS can have more functionality as well. From the time CSS2 has been introduced, it has made possible for style sheets to be specified. These can be designed for certain media types like printing or for the screen. With CSS3 we have media queries as well. This makes it easier to design as per the different kinds of screen sizes.

What CSS media queries are all about?

Those who have worked with CSS and designed print documents; they are familiar with how to create different styles of a web page for different devices. Media queries definitely take it to a higher level. The capabilities of a device are looked at in this case such as:

These are some of the points addressed by CSS Media Queries. Most web browsers, for laptops, computers and mobiles, support this technology. Many might think that understanding media queries would make them learn a whole new course. However, it is simply an extension of the fundamentals. All one needs is to familiarize themselves with a few more lines of coding in order to use CSS Media Queries.

Even with CSS Media Queries are there to help you out with styling web pages for different devices, there are countless screens, resolutions of devices out there. The number is increasing more and more. For that reason the CSS Media Queries Generator comes of use. All you need is to specify the kind of device you are working for or the platform that is Android or Apple. You will receive the right inputs for your work. It definitely helps to speed up the development process for any web developer. In order to create responsive web design a simple CSS Media Query through a generator tool can be the answer to your successful projects. The query generator definitely shortens the web development lifecycle process and increases the productivity of any web developer. Incorporate this tool in your web design tools today and see the difference it adds to your web design projects.