What are Explainer Videos? 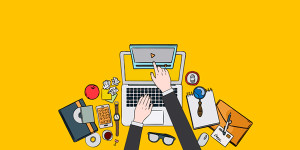 It has been going on the Internet for a while and it can be seen on almost any start-up companies and even the big ones, whether its physical business or on the web, these tiny videos are spread around their home page. These tiny little things are called Explainer Videos.

What are Explainer Videos?

Explainer video in plain and simple words is like a PowerPoint presentation which is used to explain  the idea in the simplest possible way. It is always fun to watch Explainer videos as it always engages the viewer. It entices the viewer by simplistic design and video elements. Once any viewer is engaged, the idea is presented.

A lot of ideas are presented in traditional ways in which viewers are never able to reach the core of the idea and are always moving away due to the lack of interest.

For instance, you have a start-up company, people don’t know what the company is all about, what does it do, what are the major products. You may spend time in explaining the business to people and they may get it in 2-3 hours but eventually, they will forget it. You may have a website that explains but not all people have time to read through your page. Through Explainer videos of 2-3 minutes, viewers actually get the idea and it increases the chance that they would buy the product.

Why is Explainer Video Important?

Is the Explainer Video only for startup companies?

The explainer videos are used by each and every kind of company, whether it is a small or a big enterprise. Big companies use it again and again, not only on the home page but also used for reading, kick starter videos, book trailers, bloggers, inspirational speakers, non-profit organizations, training, seminars, lesson plan and anything.

For example, Google recently launched its project Loon that uses a balloon for Internet access in rural and remote areas. The homepage of the project shows a remarkable video.

Now if you have an idea and you want to share it with people, determine the budget you have as Explainer video production can be expensive, but a well-produced video can be a good pay off eventually in the long run. First and foremost, select a explainer video company that can design a video for you. If you have a script you can provide otherwise the selected company will do it for you. Voice will be added to the video by the recording perfectionist of the company. They will add fun elements, sound effects to the video which will help influence buying decisions as well as accelerate business growth.