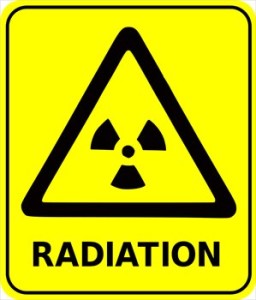 When thinking about radiation exposure the most common image is the one of a health care worker, personnel of a nuclear facility or perhaps people on activities related to mining, particularly uranium. Seldom do we think about exposure to ionizing radiation when flying.

Nowadays the most common source of exposure to radiation manmade but since the beginning of time, human beings have been exposed to natural sources of ionizing radiation. Our planet is constantly being exposed to radiation; the atmosphere is constantly bombarded by cosmic rays while on the cortex of the earth there are several radioactive minerals. These along with other sources contribute to background radiation, which is a natural phenomenon. Everyone on the planet absorbs background radiation and the calculated average exposure of a human being is about 1.5 – 2.0 millisieverts/year.[1]

The atmosphere serves a type of shield against cosmic radiation, thus only a fraction of the total amount of the cosmic rays ever reach Earth. When we take a plane and move 30,000 feet over the sea level, we are on a place where the atmosphere is much more thinner and the exposure to cosmic radiation is higher (the shield is thinner). Your typical occasional traveller should have nothing to fear, as the amount of radiation absorbed is minimal.  The real question that is being asked by some in the airline industry is in relation to exposure of radiation for frequent fliers and flight crews. Now, we are NOT saying that frequent fliers and flight crews have more of a chance of being diagnosed with cancer or other affects of radiation. What we can say is med-pro.net has many pilots/flight crews that have been using our radiation detection devices to measure the cumulative amounts of radiation.

Men and women working as pilots, flight attendants and other air crew positions spend a lot of time above 10,000 feet, thus the exposure to gamma rays and other ionizing radiation is higher than usual, in fact it is around 1-10 Ms/year, which means an exposition half way to (20 mSv/year)[2] benchmark.

Several public studies have been developed to evaluate the health risks of civil aviation crews due to chronic, low dose, radiation exposure. Although some results seem to be contradictory, the overall data suggests an increased risk of cancer on this subgroup of patients but there’s still an unanswered question: Is this increased risk of cancer due to radiation exposure alone?

Current knowledge about occupational risks of flight crews does not allow us to state that there are other associated cancer risk factors such as exposure to chemicals, sleep pattern changes and so on, which may also be associated to an increased prevalence of cancer to this population.

We believe further investigation and study is necessary in regards to the health of frequent fliers and aircrews.

Present regulations do not require radiation monitoring for flight crews. However, radiation detection badges might be a useful tool in helping monitoring cumulative exposure along with longitudinal studies to determine what affects radiation, sleep depravation and other factors put flight crews at risk.

Next time you need to catch a plane, don’t worry! Your own exposition to radiation coming from the outer space will be only 0,16 mSv for each hour of flight, which means you should absolutely be fine! If you are a frequent flyer or a crew member, perhaps it’s time to learn a little bit more about radiation detection and related risks when flying. Email us at [email protected] if you are considering using a radiation detection badge. Also visit our website: http://www.med-pro.net/