One of the things that can be considered a massive failure for smart phones today is the assurance of privacy among users. At some point of time, receiving calls from people you don’t personally know and even those people who are not supposed to call you at late nights become some sort of harassment. That is something that has become quite a problem with smart phones today. The concept of privacy seems to have been reduced in a level where it can be easily neglected. But for us, this is something that should be stopped as we have our rights to privacy.

CallmeEvo just recently launched an application that will help people get rid of their problems about receiving calls they don’t want to take at all. It is an application that can help people block unwanted calls from people such as bill collectors and even stalkers. It is also capable of filtering calls, not allowing calls from unregistered numbers in your phonebook to bother you. CallmeEvo is not just another call blocking app. It is a combination of top qualify requested features that give you an all in one privacy app.

Every day, a lot of people have to deal with calls from people they don’t even know. As a result, these people, both men and women, feel that they are being harassed and that their rights to privacy are being invaded. Sometimes, they cannot ignore answering these calls especially if it comes from unregistered numbers because these might be emergency calls. That is an idea that some people today are taking advantage. They make people believe that the call is important, even calling them in the middle of the night, only to convey messages such as collection of unpaid bills. This is a very frustrating situation for a lot of people today.

For this reason, people are urged today to try out this wonderful application. That way, you will have an effective way to deal with this problem without even being bothered. You can be provided with a generic answering service which you can personalize or customized. The arrival of this application is very timely as complaints about cases of invasion of privacy through voice calls are steadily increasing. 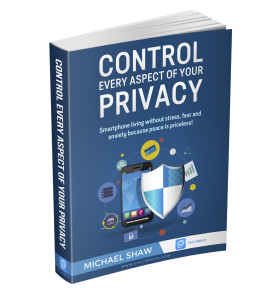 CallmeEvo gives you a deal that will be a sure winner for you. If you subscribe for this application today, you will be given the chance to get an e-book (Click Here) that will help you learn a lot of things about controlling your privacy. You can immediately get this wonderful book that contains a lot of tips and guidelines to keep your privacy secured.

Privacy is something that is very important for all of us and we cannot let strangers invade our rights that easily. This application by CallmeEvo is the perfect tool to deal with this kind of problem. It seems like a new found friend for a lot of people that have been bothered a lot of times because of people who sometimes intentionally invade their private times for some things that could have waited for a right time.