Look out, they’re following you


Before we get into the detail of the article, I really want to thank the team here for letting me post here with them.  It means a lot to be able to get something published for my Wales Blog at great site like this.

Job applicants should not just focus on their CV. Potential employers may be monitoring their profile and behaviour on social media 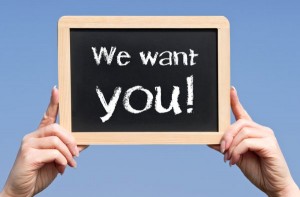 A recent job interview at a media company was drawing to a close. The interviewer put down his spectacles, turned to the candidate and said: “I only have one last question. How come everything on your CV and all we’ve talked about today bears no resemblance to what you’ve got on LinkedIn?” He then produced the profile on the professional networking site. It had different company names and different dates.

The company was one of a growing number that do online background checks on job candidates. According to research from the Chartered Institute of Personnel and Development (CIPD), two out of five employers look at job applicants’ online activity or profiles on networking sites at the recruitment stage.

Adam Gordon, chief executive of Social Media Search, which helps companies to find talent, said this is a growing trend. “I suspect more than 50% of inter–national businesses now use platforms such as Facebook and Twitter to review candidates as part of the assessment process,” he said. “And they have every right to do so.”

That view is backed up by Rob Sumroy, a partner at the law firm Slaughter & May. “It is appropriate and sensible to scan social media feeds,” he said. “Everybody says you will break the law, but actually you can do it very lawfully and you have to ask yourself whether, as a company, you would be breaking the law if you didn’t do it. Company executives have a duty to their shareholders; you might breach that duty if you don’t take into account information that is readily available and you appoint someone who is a disaster.”

Oh and guys – if you like what you see in the article so far, would you consider sharing my site Hanks Journey on twitter or Facebook?  It would mean an awful lot to me!

The first step for a recruiting manager is to ascertain why the research is being done in the first place, Sumroy added. “Are you screening because you believe you require a person in your organisation to have a certain level of acceptable behaviour? It will depend on what role they are playing in your organisation but will be of particular significance if they are going to be in a position of leadership.”

For Rob Stone, global strategic digital recruiter at Adidas, the sports brand, it’s less a case of making precautionary checks and more a chance to get a glimpse of a candidate’s social media prowess: “Generally we will do a bit of research before even having a first conversation. We want to see who’s unique, who’s creative or who’s influential.”

Ambrosia Humphrey, vice- president of talent at Hootsuite, the social-media management company, said people should always strive for a strong online profile: “We’ve moved past the drunken pictures in the pub and more towards, ‘how do I position myself on social media — what brand do I want to have?’ ”

At both Adidas and Hootsuite, vetting of potential employees through social networks is limited to LinkedIn and Twitter. “We generally say anything you put out into the world is up for the world’s consumption, but we don’t monitor Facebook. We see that as a private thing,” said Humphrey.

The main turn-off for recruiters is applicants who air negative views. “I haven’t seen anything that’s deterred me from a candidate yet but the main thing would be bad-mouthing an employer or previous employer,” said Stone.

“The same rules apply online as offline,” Humphrey added. “Anything racist, anything discriminatory, or slagging off their employer or other people would be against our values.”

While most employers examine only the social media feeds that are readily available to them, it’s not unheard-of for recruiters to circumvent privacy settings, said Gordon. “There are ways of viewing even private profiles. The most savvy people can uncover plenty of information about what you are doing and saying and all of your photos.”

But this kind of behaviour has clear legal ramifications, said Sumroy. “If you are hacking into social media sites or using other covert means to find out information that someone has made a conscious decision not to be publicly available, then you are definitely on the wrong side of the line.”

Even snooping within the parameters of the law could still hurt a company’s reputation, he added. “It has to be legal but also moral and ethical. For me, it’s a smell test. If it came out in the press you were doing that, would it be OK? Does it smell bad? Would it be bad PR for your company?”

It’s for reasons like these that some companies steer away completely from using social-media channels to vet job applicants. “Because of the ethics involved, we just won’t do it,” said Nicola Dennes, head of indirect tax recruitment at the professional services company KPMG.

“We employ professional people, and their social life is their social life. We look at it in a black and white way: if you’re applying for a role, we take it that you are who you say you are.”

For other companies, such as Thermo Fisher Scientific, the life sciences company, it’s also a matter of time. “The reality is we are a 50,000-person organisation. The time to do that isn’t available; the level of resource isn’t available,” said Noel Brown, the director for talent acquisition. “No matter what size of organisation you are, what you are looking at is experience. Personality is important, for sure, but you are looking at whether they can come and do a really good job . . . you are not assessing their personality.”

‘We want to hire folk who have a personality’

Social media may contain potential dangers but job candidates shouldn’t become so wary of expressing themselves online that they become carbon copies of one another, said Jennifer Candee, head of talent acquisition at SAB Miller, the beer and soft drinks company.

“People certainly need to be careful about how they present themselves on social media but I don’t think they should censor themselves in their entirety because organisations do want to hire people.

“We want to hire folk who have a personality and an interest. We don’t want to hire drones,” said Candee, 41.

SAB Miller recruiters don’t peruse Twitter and Facebook to do research on job candidates. Candee doesn’t see the need. “We shouldn’t need to know everything about employees’ lives,” she said.

“There may be traits we need to be wary about, but there are other ways to discover that from an assessment standpoint — rather than feeling the need to dig into someone’s personal life.”