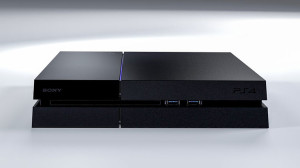 An entire month has passed since PlayStation 4 came out, unpacked games are waiting for Christmas morning and game developers are constantly giving a sneak peek into how great 2014’s biggest releases will be. But, is everything as bright as it seems? PS4 woke gamer’s worst nightmare: compatibility with old games.

Seven years have passed since PS3 was released, and there is still no possibility to play its games on PC. When looking at the compatibility with the newest Sony’s console, there is no way PS4 will be backwards compatible with PS3. However, there is a solution for all those who are sad about not being able to play beloved games like “The last of us”, “BioShock Infinite” or “Hotline Miami” on shiny new console. A year ago, Sony acquired Gaikai, cloud-based streaming service which will allow us to play old games on PS4. Gaikai is designed as an instant access gaming service, be sure you will hear about it in the following year as the support for PS3 and older PlayStation consoles is planned to start then.

Cloud-gaming solved the problem of players inside the PS network, but what about PC users who are not able or not willing to buy PS4? Here are bad and good news. The bad news is the fact that PS4 came out and there is still no alternative for desktop (or laptop) gameplay of 7-years-old PS3. It is almost impossible to develop a game emulator for it. Moreover, there’s a great chance that PS4 emulator will be developed before it is developed for PS3. The main reason for this fact is the compatible x86 instruction set architecture, similar to one used in PCs. This brings an opportunity to build an emulator in a year or less, depending on how interested the audience will be. Sony is excluded from this discussion, for sure. Another issue is the power of PS4, 8-core CPU, 8GB GDDR5 memory and 1.84 TFLOPS GPU, not many PCs have such hardware and ability to achieve so high performances. Until the day when a solution for PC-PlayStation gaming is released, we will have to stick to existing games, or get a PS4.