How to Hold a Virtual Yard Sale 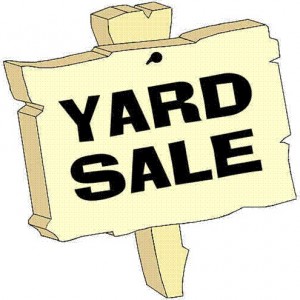 The yard sale is a staple of any weekend afternoon spent in the neighborhood. There is hardly any better way to find hidden treasures and meet the neighbors than by perusing through box loads of second hand items. One of the biggest problems with yard sales, however, is finding them. Most people don’t go to great lengths to advertise their sales, meaning that many people miss out on finding some unique item or meeting a new friend. The internet, however, has come to the rescue. The website Krrb is turning the yard sale over to the digital realm, allowing people to find items for sale from their very own neighbours. This article will look at what Krrb is and how it works.

Krrb is a classifieds site, allowing users to post items they have for sale or to search for items that are available in their neighborhoods.

Krrb uses the user’s location to notify them of deals that are going on around him or her, even on their very own street. As such, it is similar to sites like Craigslist and eBay, but with some very important differences. The goal of Krrb, after all, is not just to get a great deal on a hard to find item, but to recreate the magic of the traditional yard sale. Through the use of an internet service provider, which can be found through sites such as DSLProviders.net, users can meet people in their neighborhood that they would otherwise not have the opportunity to meet.

Krrb’s features are what really make this site stand out from other classifieds sites. While Krrb focuses on keeping buying and selling at a very local level, it can also be used as a handy shopping device when travelling. For example, for those who are on a vacation in Paris and want to find a souvenir that is a little more unique than a miniature Eiffel Tower, they need only log onto Krrb to find some of the local treasures on sale from real Parisians. This feature is made even easier with Krrb’s smartphone app, which allows users to find yard sales near them no matter where they are. In addition, Krrb comes with email reminders, allowing users to know of any new items on sale near them. And for those that want to sell their products on a variety of platforms, they can transfer their Etsy or eBay listings onto Krrb with just a single click of the mouse. Last, but not least, Krrb promotes itself as a more ethical way to shop. Users, after all, are buying second hand and thus helping not only their neighborhood’s economy, but the environment, as well.

A lot of people worry that the rise of new technology means that older ways of doing things must inevitably fall to the wayside. Krrb, however, is proving that this assumption is not always the case. With Krrb, users can use the internet not to replace yard sales, but to complement them, thus making finding that hidden treasure or that new friend easier and more fun than ever before.

Laura Spicer is addicted to shopping and selling. She loves to share her best tips on house and family websites.