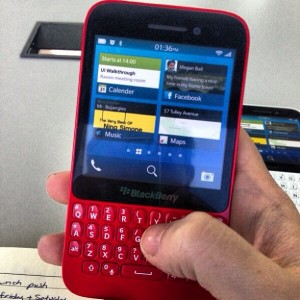 Blackberry has been rumoured for some time now to be designing a budget-friendly model to add to its line of popular smartphones which have many loyal followers.  The recently leaked Blackberry R10, which has been seen in both white and a bright, almost hot, red according to those who have been lucky enough to spot this device in its earliest forms, seems to be the model that has been hinted at for some time now.

While these are rumoured changes and some speculation is involved there have been a number of reports that suggest one will lose very little in choosing the more budget friendly Blackberry model when it finally hits the market in the later part of 2013.  The phone will continue to be the same size and will have the built in QWERTY keyboard that Blackberry users find so appealing.

There does seem to be some drawbacks for those who are media-driven as the camera will likely be scaled back to a 5MP version.  Of course, the screen size will remain the same.  With the standard Blackberry smaller screen and the scaled back camera some users may find this a disappointing model.

Battery life will be a bit shorter and as many have predicted this will likely be an 8 GB model which is less storage than the pricier Blackberry models available today offer.  As this is meant to be a lower end version of the popular Q10 model these changes are not big surprises.  One should not expect all of the features of the pricier models in this lower budget offering. However, it is assumed that the quality of this latest Blackberry model will be equal to that of its previous ones.

Physically, this model appears to be made out of plastics rather than the metal and fiberglass that the Q10 is known for on its sleek body.  The Keyboard appears functional but is simply not as nice as the more refined keyboard on the Q10, at least from observations made of photos leaked earlier this month.  The shape of the budget model is a little more rectangular than its more expensive predecessor and it seems to have a glossy plastic back that stands out in the leaked photos.

All in all, Blackberry certainly does have the need to introduce a lower cost model in order to increase its share of the market worldwide and to be able to infiltrate the markets in places where there has been growth but where affordability remains an issue. Given the popularity of their products in markets that simply cannot bear out the higher pricing of smartphones, it is essential that Blackberry offer an affordable model that will allow their users to upgrade.

In order to stay competitive Blackberry needs to jump on the low end smartphone bandwagon right away. Do you think the rumoured R10 will help Blackberry in these target markets? Is this a phone you would be interested in owning? Please leave your comments below.

Author Bio: This article was compiled by Kiran Smith who writes reviews on iphone 5 cases for the company Ace Case. They supply mobile phone cases and accessories.