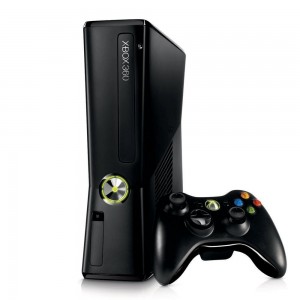 It is one of the most popular video game consoles in the world, but do you really know what is an Xbox 360? It is the second gaming console created by Microsoft after the original Xbox. The 360 is in direct competition with Nintendo’s Wii and the Sony PlayStation 3.

The 360 has many features including its Xbox Live service, making it possible for you to download and compete in various games. You can also download movies, music, TV shows, trailers and game demos. 360 Live has region specific access to 3rd party programs from various companies.

The console’s original interface was the 360 Dashboard composed of tabs that could be run without putting a disc in the console. A basic version of the Dashboard can be accessed at the gamepad which features your friends list, Live messages and your gamecard. It also contains music and personal settings, voice and video chats.

The later versions replaced the original interface with one that is more similar to Zune. Since the console was released, numerous updates have been released to increase multimedia playback capabilities and make it more compatible with accessories.

When the 360 was launched, there were 14 games available for it, including Call of Duty, one of the biggest selling games of 2005. During its first year, five other games for the console would sell over a million copies: Gears of War, Saints Row, Dead or Alive and the Elder Scrolls of Oblivion. Gears of War would go on to sell 3 million copies in 2006 and was only surpassed by Halo 3 in 2007 which sold over 8 million copies.

After 360 was released, Microsoft’s gaming service Xbox Live was given an upgrade. Now there is an Xbox Live Silver, (renamed later to Live Free) a non-subscription service. This is apart from its premium, subscription based service called Gold. The Live Free account allows you to register an account, talk to other members, and go to Live Arcade and Marketplace. It doesn’t support multiplayer gaming. But games that provide separate subscription services can use the Live Free account.

The Live Marketplace allows you to download contents that you bought. It also provides free game demos, trailers, game accessories, add-ons, themes and many more. Many of these features are available to both Gold and Free Live members. Before you can download content from the Marketplace, you need to have a memory unit or hard disk. It has been estimated that 70% of Live members have downloaded or bought items at the Marketplace.

Since the console was released in 2005, the console has sold over 70 million consoles. Now that you know what is an Xbox 360, you will be in a better position to make a purchasing decision.

Guest Author Neil is a freelancer writer of http://www.askdeb.com/ and currently he is sharing his experience on XBox.