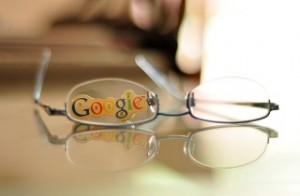 When you think of Google, the first thing that likely comes to mind is their huge success in the online world. It’s often seen less as a company and more like an all-encompassing, omnipotent, and rather unsettlingly omniscient presence that monitors everyone’s lives, to the point of having a recorded database of each user’s search engine queries. It is virtually everything, especially after they rolled out Google Plus and gave you the ability to share almost anything. And chances are good that you’re also using the fastest and most efficient browser available today, Google Chrome.

Google’s proven it can do almost anything, but can it go into electronics?

They certainly tried. Currently, one of the frontrunners of Google’s hardware projects is Nexus 7. If you use Google at all, it’s impossible to miss that Google homepage ad—some supremely prime advertising real estate for a piece of electronics. The Nexus 7 is widely regarded as the budget tablet. For its Kindle-competitive price, it performs so well that it can compete with the best that the tablet industry has to offer. From the rave reviews, Google’s foray into electronics seems to be going well.

And then there is Google Glass. Google Glass is one of Google’s more ambitious projects. It has already been previewed with great pomp and circumstance, aiming to redefine how consumers use electronics while still being immersed in the real world. From the various reviews about it, it’s mostly a mixed reception, mainly because people haven’t quite found a use for it in the real-world just yet. While it seems to perform well, it’s not exactly jawdropping, and then there’s the look to consider—they are simply a frame for glasses, and while it’s non-obstructive, it isn’t quite chic…

…until Diane von Furstenburg launched it on her runway.

Geek is in all over again

People aren’t exactly sure how to take the fact that Google Glass sprung up suddenly in the fashion industry. The fashion world isn’t exactly very conducive to promoting electronics unless they come with a Chanel logo or is sparkling in solid gold (which has happened), so the Diane von Furstenberg runway is definitely a surprise. New York Fashion week saw each and every one of the designer’s models strutting down the runway in her designs while wearing Google Glass, and this piece of electronics has since then been tried on by a few celebrities who were in the fashion week events.

Some industry experts speculate that this unprecedented move by Google may be a way of getting the Glass to a bit of a better start towards consumers, who do not seem quite attracted to this technology just yet. Perhaps by having them launched in a big fashion event, they could be seen as chic and fashionable, and one of the accessories to have (for this season, anyway; fickle as fashion trends go). Will it work, or is it just a temporary PR stunt that will die out? That remains to be seen as, after all, in fashion, one day you’re in, the next day, you’re out. Hopefully the Google Glass will have a longer hook than that.