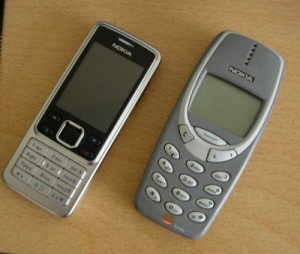 Before you think about throwing your old mobile phone away or, perish the thought, giving it away for free to the store where you obtain your new mobile phone, why not sell it for cash? If you love the Earth, want to recycle, and to get some cash for doing so, now is the time. You’re old phone is someone else’s new treasured possession.

If you want to sell Nokia 6300 or other handsets rather than stashing them away in the deepest recesses of your home, you’ll be pleased to know you can get more than ‘pin money’ for them. Owning the latest edition of this or that Smartphone is now more a fashion statement than a need to keep in touch, and, boy, do we love to keep in touch.

Like everyone else lately, I am addicted to my new, shiny Smartphone. You know; the little box of tricks we all love to sit and caress to the detriment of everything else in our lives. Since the first ‘house brick’ was placed in my hand by my boss about 24 years ago, I have upgraded and changed phones as slavishly as if it were a new Picasso masterpiece.

The trouble is that the pace of change has become so rapid that millions of us are changing our phones for the latest model at least once a year, with many being changed more frequently. But for every new phone which is issued with a new contract or bought separately to replace the previous version, an old phone becomes surplus.

Why Will I Get Paid for My Old Phone Handset?

Now, thanks to recent changes in legislation, you can get cash for your old electronic equipment, and that includes not just the latest handsets, but older models, too. The better condition the handset is in and the newer the model, the better the potential for a bigger payout. And the best part about it is you don’t have to leave home to begin the process of getting your hands on all that lovely cash.

The reason behind this is to reduce the amount of electrical and electronic equipment ending up in landfill, thereby reducing the potential of pollution. All electronic and electrical equipment contains small amounts of toxic substances; mercury, lead, bromine, and cadmium are just a few examples.

Over time these elements break down and have the potential to seep into the local environment. The potential time bomb of millions of tons of electronic waste in the EU alone necessitated the need for government intervention. Now, thanks to the WEEE (Waste Electronic & Electric Equipment) regulations, you can help in a small but cumulative way to protect the environment AND get cash for doing so.

All you have to do is complete an online form with all the details of the handset you want to sell, and after it is collected from your home free of charge, you’ll receive a cash payment directly into your bank a few days later.

It really is that simple; now, let me dig out the dozen or so handsets I have lurking in drawers somewhere in the house and earn some money myself.

Guest Author Graham Green is a freelance writer and gadget groupie and has recently been investigating how consumers can sell Nokia 6300 handsets and others to make a little money on redundant technology.