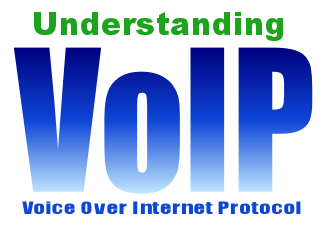 VoIP stands for Voice over Internet Protocol and is used as a voice communication tool to send vocal information packets across the internet. This means people across the globe are able to communicate via internet phone conversations (which can be done with multiple devices) in a simple and cost effective way.

VoIP has been around since the mid 90’s but it wasn’t until recently that internet technologies have progressed to a level where VoIP is now integrated into daily life. Voice over Internet Protocol allows for audio sounds and conversations to be broken down into information packets and routed to other internet protocol locations, thus completing a vocal conversation (just like a phone call) among users. In the past, VoIP would have delays in communication due to slow bandwidth or cable, making land and mobile lines the preferred method of voice interaction.

However, with today’s faster internet technologies, VoIP communications reach their destination in a fluid and cohesive manner. Audio information packets containing 20 to 30 milliseconds of audio move without delay to their desired destination and worldwide vocal internet interactions are at an all time high. Internet based voice/phone calls are easily accessible from anywhere an internet connection is available and users have the opportunity to cut costs or completely dismiss physical phone lines and companies.

Voice over Internet Protocol has many formats of communication, with the most common being computer based. VoIP is used in conjunction with a microphone, speakers or headset to communicate from one online computer user to another. Computer to Computer calls are usually free across the world and sometimes can include text chat and video to enhance the user’s interactions.
The most convenient form of vocal interactions are through cell phones and mobile VoIP communications can lower phone costs by using the internet. VoIP places and receives calls to a mobile phone device, allowing those with smart phones, an opportunity for vanity or toll free numbers, which can be helpful to business owners on the go.

Convenient for those wanting to use their home phone or for large businesses with individual desk phones, landline VoIP requires a traditional phone with a jack or a separate Vtec box to connect to an internet router. Once connected, calls can be placed and received as though over the internet, thus cutting costs of a phone line and long distance phone calls considerably.

Guest Author Kevin Schweizer is the Online Marketing Manager for Phone.com, an internet-based company specializing in home and business phone, virtual office, and virtual number services. When Kevin isn’t writing, he can be found watching the NFL and learning about medieval castles.