How to Connect a Router 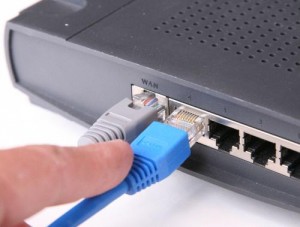 A router is an electronic device that is used to connect two or more networks so that information can be passed among them. They are very popular for setting up internet connections among several computers. There are wired and wireless routers but they both work the same way. Networks that mostly use a router for connections are Local Area Networks (LANs) and Wide Area Networks (WANs). Computers on the internet use a special modem which translates digital signals into data that the computer can understand and use to communicate with other computers on the internet. A Digital Subscriber Line (DSL) is commonly used to connect computer to the internet via telephone service using a DSL modem. A typical modem usually has just one Ethernet connection port; therefore, for other computers to be connected to the network, a router has to be used to make the connection.

It might sound like a complex task as long as you know how to connect it, you will get the router up and running in no time. Some brands of routers also come with step-by-step instructions on how to connect and configure the router. One such brand is Linksys. The instructions given below will guide you into connecting a wired router on your own:

If the light indicating “Activity” is blinking on the modem but not on the router, the connection is faulty and needs to be checked out. The most common reason for this is a faulty or loose cable. All you have to do is replace the cable with a new one.

Tags: connect a router what is a router