iPhone 5 To Launch On October 15th 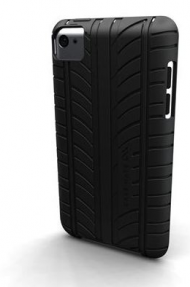 Apple is famous — hell, notorious even — for their culture of secrecy. With the strictest of NDAs, discussions between even the closest of teams limited to need-to-know matters, and whispers of creepy internal investigation squads lurking about, people in the know tend to keep their lips sealed up tight.

Unless that person’s name is Stéphane Richard and they’re the CEO of France Telecom — then they say just about whatever the heck they want. In this case, he’s stirring up the rumors surrounding the iPhone 5’s launch date.

Back in May, Stéphane Richard tested the waters by confirming that Apple was tinkering with the idea of a new, smaller SIM card standard. Seemingly walking away from that without any harsh repercussions, he today shared what he believes to be the launch date for the iPhone 5. In discussions with a small group of French reports, Stéphane mentioned:

“If we believe what we have been told, the iPhone 5 will be released on 15 October”

Gasp! Of course, it’s worth noting that new iPhones dont always launch in all regions simultaneously; while the iPhone 4 launched in the US and across Europe all at once, some countries don’t get the new model until a few weeks later. Previous rumors have pinned this newest model’s launch on days all over the first half of October, and this little slip-up really just helps cement that idea.

What do you think? October 7th? October 15th? Place your bets now. The winner gets to point to this thread in all future internet flamewars as evidence of their undeniable prescience.