Apple Plans To Include 3D Cameras in Future iPhone 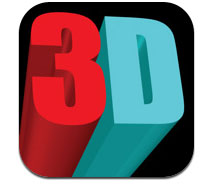 Apple has been exploring a multi-camera system for 3D picture taking, hinting at a future iPhone 3D, entitled “Systems and Methods for an Imaging System Using Multiple Image Sensors”. The filing, revealed this week, describes a system that would capture, process and render 3D images with the accompanying dual-camera hardware.

Apple’s approach is different than the usual stabs at the 3D problem, though. Their patent application describes a “paradigm shift from the known software-based approaches.” Noting that current 3D imaging software must make a guess at how to perform stereo disparity compensation for 3D images, Apple’s method would employ a more accurate, hardware-based approach.

Those guesses, Apple said, can result in images with artifacts in a composed 3D image that would result in a poor quality photo. Apple’s method would instead employ a hardware-based approach with a “deterministic calculation for stereo disparity compensation.”

Apple would create hardware with multiple imaging systems, employing separate luma, chroma and depth/distance sensors to capture images that can be turned into a single, three-dimensional picture.

In addition to still images, Apple’s system would also be able to record video in 3D. Setup and calibration of such a system would be a simple one-time event, the filing claims.