Share
Tweet
You are here: Home › How-To Guides › Things All New Mac Users Should Know When Moving From Windows

Things All New Mac Users Should Know When Moving From Windows 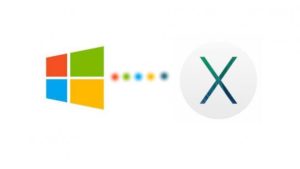 Changing the habit isn’t an easy thing. You have to force yourself to do other things instead of performing things you know very well. This situation is always right, especially when you change your operating system. For example, moving from Microsoft’s Windows to Apple’s Mac OS.

When I start to learn about Mac OS, it’s easy like eating a pancake. I have to learn from the beginning regarding how to use my Mac computer, how to download and install new apps, how to use Print Screen Mac feature, or even how to force apps to quit when it freezes.

It’s hard because most of us are very familiar with how Windows works. We tend to do tasks follow the way we often do in Windows. However, those methods don’t work with Mac OS platform.

In this post, I will introduce further about Apple’s Mac OS and show you a few simple tips to use your Mac. These tips are easy to follow and understand because they are for beginners, like you.

#1. How to download and install applications for your Mac

Where often you go and find Windows programs? When I need a new Windows program for a particular purpose, I often use Google to find it. After that, I will download an EXE file to my computer and start to install it. Sound familiar?

However, if you want to download an EXE file and install on your Mac, it won’t work. When you use a Mac, you often need to download a DMG file. It looks like a compressed file like a ZIP or RAR file but contains an application inside it. After extracting it, move the application to Applications folder. You don’t need to launch setup wizard to install new apps on Mac.

Also, if you want to remove it from your Mac, just select it and move to the recycle bin, or also know as Trash. You can find and download apps from the Apple’s Mac App Store to install on your Mac computer as well.

#2. How to force applications to close on your Mac

Have you ever encountered the situation that a running application has turned into freeze status? It does not respond to any actions from your side, even minimize or close it.

In this situation, if you use a Windows PC, you already have pressed Ctrl + Alt + Del to launch Task Manager, right? However, this keystroke does not work in Mac OS. Instead, you need to press Option + Command + Esc to launch Force Quit Applications. From the window of that application, choose the frozen program and force it to quit.

That’s it! Is it simple?

#3. How to capture screenshots of your Mac

Have you ever used the Print Screen key on your keyboard? I’m sure you have already used it at least one. To capture a screenshot of your Windows PC, you’ll press Print Screen key and then use Microsoft Paint (MS Paint) to save it as a file (JPG, PNG, or whatever you like).

However, if you use a Mac computer with a Mac keyboard, there is no key named Print Screen, or something similar. Instead, you’ll need to press three keys: Shift, Cmd (Command), 3 or Shift, Cmd, 4. These combinations will help you to capture a full-sized screenshot or specific parts screenshot of your Mac, respectively.

Do you have any question regarding this post? In case I have missed any useful tips, let me know!