Photon OS And What It Can Mean For You 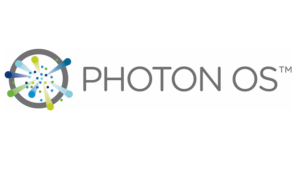 Before we get down to Photon OS and what it can do for you, let us refresh what VMware offers and its potential for end users. A company launched in 1998, it is known to offer different software and applications to enable virtualization. In the industry of virtualization it is a key software provider. The products of the company are of two categories – server and desktop applications.

Founded by IT experts in 1998, the company launched its first product in 1999, VMware workstation. This was followed by the launch of VMware GSX server in the year 2001. It has launched several additional products since then. Most of the desktop software that it has launched is compatible with Microsoft Windows, Linux and Mac OS X. There are three kinds of desktop software that are popular of this company. VMware workstation is an application that can run different instances in the same operating system or in separate ones. The VMware Fusion product is designed for Mac users while the VMware player is a freeware which can be used on personal computers. There are similar lineup of VMware server software as well. From enterprise solutions, there is freeware as well, which works on Windows and Linux.

With the Photon OS one will find Linux container host software which can run on VMware bases. With Release Candidate there have been several packages added to the repository. As a result Photon OS has become applicable to different use cases. Customers, partners and other community members can work on running applications in containers and in a virtual environment.

There are several advantages that this OS offer:

There have been several releases of Photon OS. The release of 1.0 Release Candidate offers a widely expanded library of packages and allows a guest OS to be validated on VMware environment. There are several prebuilt OVA and ISO images that are offered with this RC. Full ISO offers everything you need for Photon OS installation. OVA on the other hand, include a vSphere optimized and pre installed instance.

Photon OS being an open source application license information can be found in the relevant sections on the official site of VMware. ISO images can be built with the source repository and instructions provided by VMware. The open source software does not come with commercial support and it is designed to help developers and individual users to find different uses of virtualization with this platform and environment. There are FAQs sections and forums where relevant questions can be rose which are answered by the developers themselves.