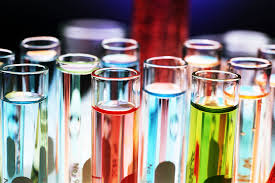 Electronic cigarettes have been only recently gone mainstream, and are still relatively newer. Instead of burning tobacco, e-cigarettes vaporize flavored liquids using thermal energy, provided electrically. It is frequently highlighted by health officials that e-cigarettes are not as safe as they are advertised to be, but a lot of recent studies have proved otherwise. Long years of researches and studies have paved way for e-cigarettes, but not a lot of data has been published to help the commercialization of e-cigarettes. However, recently researchers have conducted a study to show how effective and safe the use of e-cigarettes is. The study was basically conducted to examine the products used in the manufacturing of e-cigarettes, so as to compare them to conventional cigarettes and establish whether they really are better substitutes for cigarettes.

The study, published in “Regulatory Toxicology and Pharmacology”, compared the components of an actual cigarette and an e-cigarette. An ordinary room was used to conduct the study, involving different types of cigarettes from different brands. Both the cigarettes were tested for carbonyls, volatiles, carbon monoxide, phenols, amines, nitrosamines, and poly aromatic hydrocarbons. Ordinary methods were adopted for the analysis of the data; aerosol was collected using smoke machines and a machine-puffing regime. It should, here, be made clear that machine puffing is dissimilar to human puffing in so many ways, that results are said be limited to that obstruction. It was then discovered that while a conventional cigarette produced harmful toxins, a vaporizer gave of smoke that was more or less as toxic as the atmosphere itself. The vapor from the e-cigarette was found to have contained water, minute amounts of nicotine and propylene glycol. It was, hence, discovered that cigarettes produce toxins two thousand times more than the amount of toxins produced by e-cigarettes, in a single puff. Rana Tayyarah and Gerald A. Long have explained the entire study in great detail in the paper, “Comparison of select analytes in aerosol from e-cigarettes with smoke from conventional cigarettes and with ambient air”.

This study has gone a long way in proving the critics wrong, and it is made obvious that smokers have a far better substitute; and that is an e-cigarette. It has been proven scientifically that vaporizers are far less harmful to individuals, and so is public vaping to passive smokers. Nonetheless, more research should be conducted pertaining to aerosol characterization in an electronic cigarette. With newer flavors, and advanced major components, the research needs constant updating. As mentioned previously, puffing regimes need to be made more reliable and closer to human puffing mechanisms, for the study to be more authentic.