Local Version of eBay Conceived by a Student – Orbit Marketplace 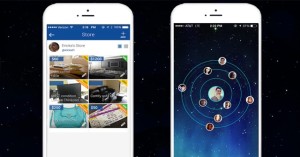 Online buying and selling of items today have become very rampant. In a sense, this is a good trend especially that people today are given the opportunity to buy the things that they need with the use of internet. They are also able to sell some of their stuff to other people trough websites, such as eBay. Because of this, the business of buy and sell have been modernized and people have easier means to transact with other people which might be interested on their stuff, or people that possess something that they may be interested in.

A student, by the name Amaan Udhas, has recently developed software called the Orbit Marketplace which enables users to buy products and sell their stuffs within a 25 mile radius. I strongly recommend the newly developed Orbit Marketplace to those who are planning to buy and sell products but would like to cater to people that are near them. It is the perfect application to use.

Why It Is Considered a Local but Better Version of eBay

In order to deal with this matter we need to take a look at the positive and the negative side of Ebay and the Orbit Market Place. We all know that eBay has been a pioneer in the business of online selling and buying. It has the capacity to deal with the needs of people from different parts of the world. It is globally recognized, if in case this description would suffice. Orbit Marketplace on the other hand is an application that has a limited space for operation. Initially, this application can deal with the needs of people.

The Orbit Marketplace enables users to have their own profile. That would mean that each user is required to have a picture and present pertinent data about themselves. Basically, a lot of people can access this application. All they have to do is to click the iOS App Store download link and they will be able to download the application and install it in their mobile devices. Yes. You heard it right. This is another advantage of the Orbit Marketplace. It can be downloaded through your mobile devices such as iphone and you can instantly use it. Android version is almost ready and will be released in the coming weeks.

eBay And Its Problems

Even this modern day tool for business has some problems which are aggregated by factors such as time and distance. Because eBay caters to the needs of people from different parts of the world, shipping costs and delays in arrival of the products cannot be avoided. This happens because the site offers a lot of products that may be interesting for many people. Because of that, even with long time and far distance, people still choose to buy stuff from this product. Why wouldn’t they? It’s the only choice they have, but not for long.

The application shares the convenient features of modern day buy and sell sites such as eBay. But with this new software, people will have an easier time completing their transaction plus they will be able to know more who they are dealing with.