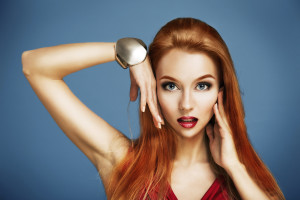 Virtual reality means to create an artificial environment for users that looks absolutely real. Yes, its true virtual reality has become possible and now would soon reach homes. VR is our future. To improve the future, Lanavel has made constant efforts to deliver the best content for the users. Virtual reality interfaces would be the next browsing experience. Have you heard of Oculus rift headsets? They are the headsets that make virtual content possible for you. Lanavel is hoping to be the next VR platform for the users just like Youtube. Virtual reality has its own benefits that have made it so popular.

The Oculus rift headsets can be used to browse the unique VR features of Mozilla Firefox. Similarly, it can be understood how much big it is going. To create an internet revolution again, Lanavel is ready to go and offers a unique VR content by several developers. To know more, you can sign up to the newsletter to get an update of the latest in VR.

Lanavel can be a hub of virtual reality where developers would interact and render the best virtual reality content and promote Research and Development. The idea of VR channel or a platform would boost a lot of interest and raise the demand to experience a wonderful real time experience.

What are the advantages of VR channel?

Lanavel aims to give to you the best VR experience by integrating and collaborating with the best developers. VR is an innovative technology allowing one to feel the situation where you are not present. But the feel is so real that you forget that you are not actually present. Lanavel can be the Youtube of the VR content collecting the most impactful VR content for users.

VR is possible with the tools that you need to wear such as 3D goggles, headset and uniform that take you to a new world. It is very exciting and adventurous to experience a new world and be a part of it. Lanavel can make it possible for you. It is growing with an increasing rate. It is a baby who needs to grow with more developers who can make it a revolutionary VR channel just we can say as Youtube. It is time to make it big and really go virtual.