Shop Ship, a mail forwarding company that solves your problems 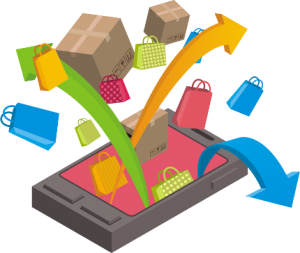 Ina Poppalina from Russia recently ordered her daughter some items for her birthday from a US based merchant. Her purchases were not extremely expensive, but when it came time for the shipping amounts to be revealed by the merchant Ina discovered that in order for the products to be shipped overseas to her home, she was going to pay more for the shipping than she had paid for the products themselves. Luckily, Ina had heard about a mail forwarding company Shop Ship LLC (www.shop-ship.us) and had already decided to have all of the purchases shipped to them, and then forwarded to her home. And it was a big success, because she used their convenient online interface and the whole procedure took only several minutes!

Having the items shipped to the mail forwarding company and then transferred to her home saved Ina almost eighty percent of the shipping charges. This greatly reduced the amount that she had to pay for the items, so she could better afford to buy her daughter the things she wanted. If Ina had not found out about the mail forwarding company from her friend, the gifts would have been too expensive for her to purchase.

Ina was unaware of the fact that Shop-Ship was going to prevent her daughter from receiving damaged goods for her birthday. When the package arrived at the mail forwarding company from the merchant, it was scrutinized for damages. The package was opened so it could be repackaged for the long trip it had ahead and during this time it was discovered that one of the items Ina was having shipped was damaged.

Upon discovering the damage the mail forwarding company contacted Ina, and the merchant, so they could resolve the problem. The merchant replaced the damaged item with another one and Ina received her daughter’s birthday gifts in time for the celebration.

Another great thing that Ina discovered about Shop-Ship was that they provide tracking information on the items so that she knew where her packages were, and the progress they were making on their way to her home. As soon as she received the packages, she had to email Shop Ship to tell them she had received the items, and that the items were in good condition when they arrived.

If the items had not been in good condition, Ina could have informed Shop-Ship in her email and they would then have contacted the merchant and made arrangements for the return of the items, or the reimbursement of the customer.