Share
Tweet
You are here: Home › Business › The Point Of Sale Touch Screen: All That You Need to Know

The Point Of Sale Touch Screen: All That You Need to Know 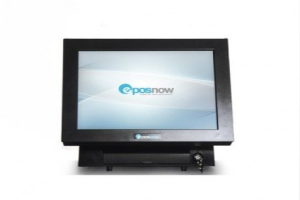 The Concept and Functionality of Epos Touch Screen

Electronic Point of Sale, shortened as EPOS, is a digital touch screen terminal with the ability to access a variety of functions. Physically, it ordinarily appears as a flat screen LSD. In its functionality, an EPOS touch screen resembles many other point of sale terminals by presenting control keys virtually. Just like modern mobile phones and touchpads, the monitor has sensors that are attentive to the user’s contact.

EPOS touch screen systems, which are sometimes termed POS systems or tills, form a platform which can help a business improve the way it is run. By allowing the business manager to have a more efficient grasp on many tasks, they offer an attractive degree of control. Options are twofold: embedded or computer-based.

Embedded systems are perfect for the likes of bars and restaurants – that is, businesses which have high quality products and need as quick a service as possible. This type of EPOS touch screen is designed to work on personal computer based networks or on computers networked together. They are usually accompanied by operator keyboards and touch screens, whereby items may be sold by pressing an on-screen button.

These type of systems are, more often than not, supported by a back-end network – although they can be manually installed. When it comes to embedded terminals, an advantage is that it normally comes with a package that controls pricing, stock control and reporting – excellent for strengthening the business.

Another selling point of the embedded system is that it can enhance the billing process and card devices, and, furthermore, offer other useful integrated capabilities – CCTV, for example. Because they are so robust, these systems are typically favoured. In addition, because it is not computer-based, this option is not susceptible to malicious viruses and data file corruption. Furthermore, they are energy efficient and do not need to be repeatedly attended by operators.

EPOS touch screen machines that are computer based often appear as an all-in-one point of sale unit designed with a more increased speed. They are also friendlier to use. Even with their components, which can include credit card devices and advertising material, these systems can be installed on walls, for example, as they are so small in size.

Computer based EPOS touch screen devices are believed to have the highest level of features and are more suited to run several applications, software, and packages on a single POS machine. Because of this, this option is best if you require the device to run a business like a hotel or restaurant.

Due to its enormous array of operating functions and available software, this point of sale system offers a more bespoke solution, and therefore can be utilised in conjunction with other platforms which are critical to your business objectives.

Guest author David Duncan is the sales director at Epos Now. For premium quality Epos software and hardware visit the website at http://www.eposnow.com.