How to Choose the Ultrabook that suits you?

The concept of portable computers was first conceptualized by Alan Kay in the early 1970s. After ten years of research and development, the breakthrough happened in the year 1981, when the world’s first portable computer was commercially launched in the name of Osborne 1. Since 1981, the portable computer market has grown in leaps and bounds, aided by the development of radical hardware and mobile technologies. Its evolution started from the olden day portable microcomputers, subnotebooks and laptops to the present day netbooks, tablet laptops, and Ultrabooks.

Ultrabooks are high-end laptops, with extended functionalities and portability features. The idea of an Ultrabook was first gestated by Intel in the 2011 Computex. Initially when announced, the main objective of an Ultrabook was to reduce the size and weight of a laptop without conciliating on the overall performance; this would increase the portability aspect of the laptop. Since most Ultrabooks are powered by Intel processors, Intel calls for manufacturers to comply with certain specifications in order to commercialize the laptop as an Ultrabook. 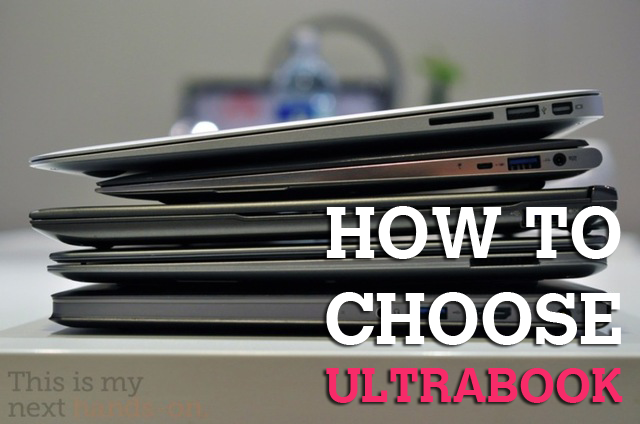 With the myriad of manufacturers complying with Intel standards, the prime thing that you should ruminate on when buying an Ultrabook is the usage aspect and the type of work that you would be doing on the Ultrabook. I would like to suggest a few tips to contemplate on when you set out to buy an Ultrabook:

Hope these suggestions will help you in selecting the Ultrabook of your choice.

This is a guest post by Lance Goodman of  www.dishtvoffer.com , a site that offers savings and current information on dish TV network and services.