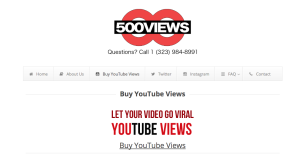 Have you ever wondered how some people have over 10000 subscribers on their channel? It seems that there are loop holes around this type of industry. I came across 500views.com, the website is designed to provide you with views, likes, subscriber on your YouTube Channel/Video. With the competition being very tight in todays industry it seems that this was the best method to choose for some easy boost on my views.

END_OF_DOCUMENT_TOKEN_TO_BE_REPLACED 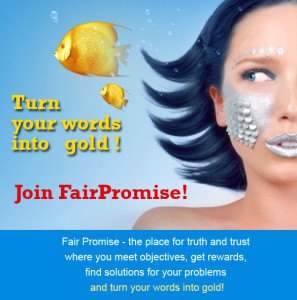 A new form of social website, Fair Promise, has just launched, introducing fresh ideas, and far more than just conversation and photo-sharing. It’s aimed at guiding users to personal, professional, social and civic or political achievements. Featuring the promise, the challenge, and the issue, Fair Promise opens the door to a large number of applications in education, motivation, love, health, or even politics, aiming to create action, fix problems, and solve conflicts.

Anyone can use the site to issue a promise or a challenge to a friend, family member, colleague, or group. This revolutionary new site revolves heavily around the concept of ‘promise’. Users can create open promises, where people can join freely, issue a promise to yourself that you will achieve personal goals, or promise someone else something privately or publicly. The principle is simple: ‘I promise you, you judge my results.’ It’s even nicer when somebody makes a public promise, or a promise to many people. The judges’ vote on the result at the end, and the poll’s result gives the promise’s final result a measurable aspect. That’s not all, either; if you win, you get FairCoins, the site’s virtual currency, which you can later sell for real money.

END_OF_DOCUMENT_TOKEN_TO_BE_REPLACED 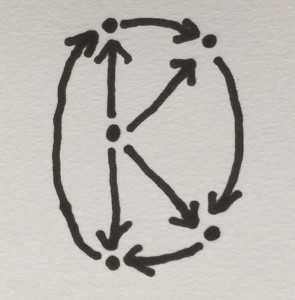 It’s fair to say that Google Earth was revolutionary. It transformed a map from being something restricted to a specific area, to allowing people to view the details of streets in any country in the world, and even walk along on simulated versions of them. A similar concept is now in the works that could be applied to computer games. Illinois-based NGO the Kybernan Corporation is currently attempting to gain funding via Kickstarter to create a piece of software that aggregates existing maps, demographic info, etc. to enable players to play in simulations of any location on earth. The idea is that instead of being limited to pre-programmed locations and characters, they will be able to play as themselves in their own hometowns. Existing data from services such as Google Earth and Google Maps will be used to render detailed cityscapes.

END_OF_DOCUMENT_TOKEN_TO_BE_REPLACED

Why The Popularity Of Toy Drones Are Soaring? 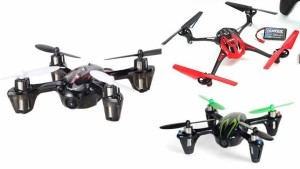 Toy helicopters controlled by remotes are becoming one of the most preferred gifts during the holiday season. The unmanned aerial vehicles or drones have become the most popular toy for recreation purpose for kids as well as for adults. There are different toy drone models available with different features which offer utmost fun activities for  the user. If you are looking for a great gift to offer to your teenage children, purchase this gadget.

END_OF_DOCUMENT_TOKEN_TO_BE_REPLACED

How to Promote your iOS App Quickly on the App Store? 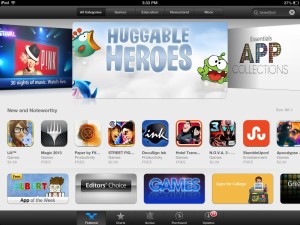 If you are an app developer, then you would want your app to enjoy the top ranks on the App store. This is the best way to attract new users to download the app on their mobile phone and to use it. The most common trend seen in many people looking to download or buy new apps is to first check the reviews that the app has garnered. They even check the ratings that the app has got from its users. There are many who make a decision of opting for an app just by looking at its reviews. So, to get more and more people to use your app, all you need to do is to get the best ratings and reviews for the app.

END_OF_DOCUMENT_TOKEN_TO_BE_REPLACED

Get Into the Electronic Music Groove with Hupclub 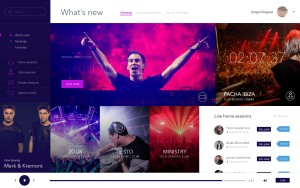 Do you want to be part of DJ nights and reveal one or two of your favorite dance moves?  Well, the modern day youth is very much into music and grooving. They spend most of their time listening to music. It is hard to imagine a world without music and dance for the modern day youth. There is a new music site out there dedicated to live electronic music. This new live electronic music streaming service is called the Hupclub.