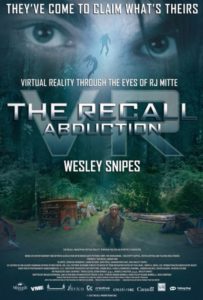 Today film makers are experimenting with virtual reality with the help of ground breaking technology that brings unique dimensions to film making. In simple terms virtual reality in film making refers to the creation of 360 degree videos or an environment of a video game that allows a story to unfold. There are different ways to use this technology and hence, some even allow viewers to operate a camera while inside a VR environment.

The idea of VR films is still in a nascent stage. There are revolutionary cameras and videography equipment that have been launched for virtual reality but that can prove to be a hurdle in terms of investment for those who are aspiring film makers. However, once the digital assets are owned, the flexibility of shooting with such films is much more as compared to traditional film making technology. It is possible to take a break and stop filming whenever required as well as wait for the right weather conditions to show up. It is also possible to reset scenes that were not shot well and reshoot without incurring extra expenditure. This is a time in VR film making era when people are waiting and watching others and seeing the new things they come up with or apps and methods that could show the way in this new technology era.

One instance that aspiring film makers will find useful is the way Recall VR Abduction app has been launched and used by Bridgegate Pictures. It certainly shows how a traditional film can be showcased which would also open up ways for film producers to make money on an existing production and allow fans to view the contents in a wholly different way. For instance, The Recall VR Abduction is a short film that is featured within the Oculus as an embedded application. The app is free but allows monetization possibilities as well. The fans are able to view the environment in a 360 degree format. This is explored through VR headsets. The app has several capabilities such as multi format video streaming which allow the users to access the film of full feature length if they wish to; the film can be viewed in the traditional two dimensional format as well as use the unique formats offered by VR technology such as the Barco Escape format which is panoramic or the multi screen format.

For those who use such a VR app to provide a 360 degree viewing of their film they can use these three formats. There are also features included such as showcasing trailers in different formats, stills of the cast or exclusive behind the scenes which are usually included in two dimensional videos. With VR technology such scenes create an immersive experience for the fans. They can experience the lounge show talks or enjoy stills or the making of movie scenes as they would view them on a giant screen in a theater. The larger than life experience is what this in app video will create. It can be integrated with popular streaming platforms like Brightcove, Kaltura, Vimeo or YouTube.